iPod is a satisfactory device but it has been slowly disappearing after 2015. Many have thought that in this smartphone era there is no need for iPods for music or video experience. From iPhone to Mac, Apple as a company has a history of changing the way we use technologies and products. And it proves them by announcing the iPod Touch 7.

The iPod Touch 7 is the ultimate upgrade of the general iPod, done the first time after 2015. Apple has filled it with all the specification nobody that thought. This is the first iPod which is gaming-oriented. There is amazing communication, power, processing speed and many more updates.

So, is this Apple’s way to provide an inexpensive route to iOS with gaming and much more is appreciable in terms of performance or not, or this holds the same usual “iPod” respect for giving best in few fields? Let’s check this out in the full review of iPod Touch 7th Generation review.

iPod Touch 7th Generation follow the pathway of its previous version in terms of design and build material. It is sleek and the perfectly curved corner makes it easy to hold with stability. It is lighter than ever, 88 grams feels nothing in your hands. The iPod has a 4-inch display which gives the freedom to use it single-handedly.

In the front face, you have the usual home button but no Touch ID (fingerprint) support with it. The selfie camera is placed perfectly centered in the top bezel. Solo speakers, lighting port and the most demanding 3.5mm jack are in the bottom, the power button is placed on the top. The volume controller is placed at an easily reachable location on the left.

On the rear side, you have a single lens 8mp camera, flash which is horizontally placed on the top. There is a black tape on the opposite side of the camera which is for allowing signals like Bluetooth, GPS and Wifi in the device. The Apple logo is at the usual position with “iPod” text logo just below it.

It has 1136 x 640-pixel display of 4 inch. The display gives brilliant images and shows the same Apple legacy. This retina display of 326PPI is perfect for rich movie, images and gaming experience.

iPod Touch 7th Generation is great and improved in performance than its predecessor. Switching between apps or gaming with background functions on will doesn’t create any issue. And this is because of Apple’s A10 Fusion chip along with double RAM, also the built-in GPU supports almost every game with rich settings.

iPod touch contains the latest iOS 12 with all the useful apps of a phone preloaded in it. You have an enormous collection of new emojis, Facetime update and almost everything that an iPhone has. The only feature that separates it from phones is the lack of sim support,

No doubt the sound quality and performance are above the general smart phone’s standard. It supports the amazing Apple Lossless and Hi-Res Audio whose results will mesmerize you.

The camera quality is ok to handle but not like other Apple devices. It has 8mp f/2.4 aperture rear camera and 1.2mp front selfie camera. Even this device launches at the time of the latest camera updates it doesn’t have portrait, expert or 4K modes. The image quality of both the camera is average, it does have balanced color saturation, but details are fully lost in the image. The major appreciable thing was it autofocus, the rear camera is good on that.

iPod Touch 7th Generation battery life is good enough for heavy use and much better than many similarly priced smartphones. Music playback will last for a few days and video playback for 8+ hours. The gaming didn’t reduce the battery at high speed, you can together enjoy games like PUBG on moderate settings along with background music for hours. Apples claim to give a maximum of 40 hours of battery life, but it is variable and totally depends on your usage. You can also apply

iPod Touch 7th Generation comes in enormous variants to provide flexibility for its users. It has 32GB, 128GB and the most expensive 256GB storage variants which are available at $199, $299 and $399. It can be considered a great approach to attract people for the Apple ecosystem with such beautiful prices. iPod Touch 7th Generation comes in six color options of Pink, Silver, Gray, Blue, Red and the most trending Gold. You can also apply for Assistant Software Engineer jobs to know about this field from to Freshhiring.com. You can order it directly from Apple’s website or from Amazon to get more combo offers on Apple products.

No doubt the iPod Touch 7th Generation is a perfect iPod upgrade and money worthy product. Apple is providing amazing no lag gaming experience. You have got the AR feature of usual iPhones in games and photoactivity. It holds a perfect built quality with a needful interface. Yes, it does lack in Touch id, instead of setting a passcode is also not a big deal. The A10 chip totally provides Apple’s claimed faster experience. If you are finding a cheaper way to get an iOS product which is brilliant in all directions and perfect for multitasking, you can go for the iPod Touch 7th Generation. 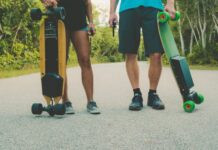 How Do Electric Skateboards Work – 2021 Guide 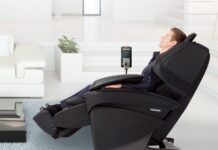