Opptrends 2022
Home Technology iPhone 8 Will Have A Curved OLED Screen?

The iPhone 7 has been available since September, and there have already been some speculations about the iPhone 8. According to The Wall Street Journal, Apple is currently testing more than ten prototypes of their new model.

According to many reports and rumors that we could hear it seems that the OLED display will be featured on the new iPhone and this change would definitely increase the starting price. It is too early to tell, but Apple will pick two or three best prototypes really soon and focus on the development of those devices.

Samsung and Xiaomi are already using OLED technology, which is another reason for Apple to apply it on their new flagship. Only Apple Watch and the latest MacBook Pros come with OLED displays whereas all company’s smartphones still use LCDs.

The OLED displays offer better color reproduction and improved contrast, which may not be visible to a user as we are used to getting fantastic screens from US tech giant. In addition to that, OLEDs don’t need to come with a backlight, which is not the case with LCDs. What separates OLEDs from the LCD is that each pixel lights up individually. If some of the pixels don’t light up, don’t worry, the display conserves power.

Let’s say that the OLED display will be added to the iPhone 8 and since the screen doesn’t need to incorporate backlight, the new smartphone is going to be thinner and lighter than the ongoing version. It is still early to comment so we will wait for more concrete details.

Rumor has it that the new phone will be equipped with wireless charging, but this time it will be able to give you up to 15 feet of range and glass and metal body. Furthermore, underneath the display, we expect to see an embedded Touch ID sensor. Speaking of the headphone jack – it is not coming back. 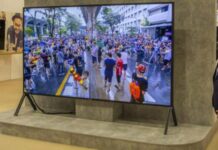 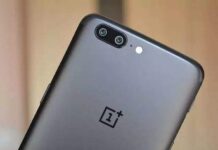 Should you buy OnePlus Smartphone? 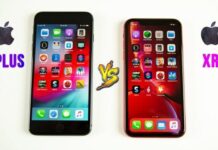 iPhone XR vs iPhone 8 Plus: Which iPhone is for You?