Sometimes, you suddenly and unexpectedly hear some news that just make your day better and we have a surprise for you that will definitely put a smile on your face. Namely, Apple released a new version of the iPhone 7 which is exactly the same as all the other iPhones, but what makes this one special is the red color.

Yes, that is right – a bright and brilliant red color. And the good thing is that the case, buttons, and even the nano-SIM tray are all red. The only thing that is not red is the Apple logo, but it fits there just perfectly, giving the phone a nice contrast.

Although nothing has changed in terms of configuration, that is completely fine, since the new iPhone 7 and iPhone 7 Plus look awesome. Sometimes, new smartphones don’t need to be functionally different in order to make a difference and introducing a new color will be enough to draw attention.

The new device looks as if someone experimented by putting it into a red nail polish and it turned out to be great.

As you already know, Apple has been a partner with RED for 10 years, and if you decide to buy the new iPhone 7 in red color, you will contribute to fighting AIDS around the world, because part of that money goes to Global Fund. The new special edition of the smartphone will cost $750 for a 128GB model.

What you can also buy and thus help to combat this disease is much less red, but also important new iPad, which, like the smartphone, only changed the color. The new iPad starts at $330 for 32GB compared to $400 which was the price of the previous version. Apple was generous as the company got rid of 16GB SE version for the sake of a 32GB entry model without increasing the price.

We strayed off topic slightly, but the bottom line is that there is a new red iPhone 7 that looks amazing. 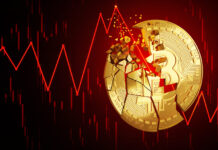 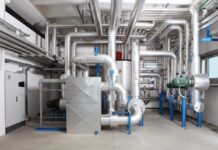 How to Locate the Best Store to Buy Martell