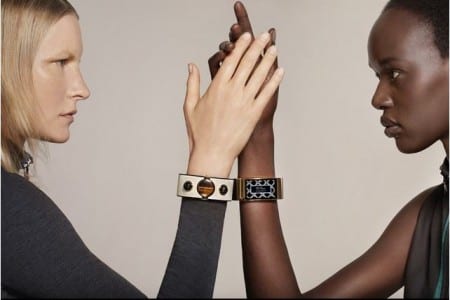 In the future, your computer will be able to identify you by leveraging the bracelet you wear. Intel Corporation (NASDAQ:INTC) is very much part of the current revolution of wearable’s technology targeted at the workplace. The bracelet can even wake up the computer when the user is in range.

At the Intel Developer Forum event, the chip company demonstrated a prototype version of a bracelet that would login to a user’s smartphone or laptop when the user was in range. The prototype built in collaboration with fashion company Fossil doesn’t eliminate passwords completely. When a user wears it, he/she has to input his/her password. However subsequently whenever he/she is in the range of an Intel device that offers support to the technology he/she is automatically logged in.

Removing the bracelet erases the password requiring the user to login once more. These bracelets utilize Intel’s button-sized computers known as Curie. The bracelet’s ability was shown with a Windows 10 computer having Intel chips. This is akin to Nymi, a smart bracelet that utilizes the wearer’s heartbeat for the authentication of mobile payments.

This Intel prototype has a different mechanism using an existing password system a feature that is attractive to potential enterprise users.

At the Intel event, an Intel developer could unlock her computer screen just by going towards the computer when having a bracelet on which was carrying authentication data. When she moved away the computer’s lock screen appeared again. A good question is what if others got hold of the bracelet? As it is linked to a particular person’s identity, the bracelet will not unlock the computer/laptop when another person wears it. This is a smart way of utilizing wearable technology that takes the burden off people to recall yet one more password combined with enterprise-grade security.

There are no concrete plans to make this bracelet commercial. However, it is a good example of how smart devices can help in daily life. Intel is also currently working with Microsoft Corporation (NASDAQ:MSFT) in a partnership termed Wake-On-Voice whose goal is to let users be able to wake up computers and other devices containing Intel chips just by speaking.