Opptrends 2022
Home Agriculture What Is The Hype Around Grass-Fed Beef?

There’s a lot of talks these days about whether it’s better to eat conventional beef or grass-fed beef. In fact, I recently read a comment from a colleague who said, “I’m thinking of giving up beef entirely and just eating pork because the grass-fed stuff is so expensive.”

There are indeed good reasons for the increased price of grass-fed meat, but if you have access to a farmer who produces high-quality grass-fed meats, I think you should consider making a switch. Let me tell you why.

Why Is Grass-Fed Beef More Expensive?

Grass-fed cows take longer to raise than their conventionally raised counterparts do. This means that farmers have to invest more time into raising them—raising feed prices due to the added time it takes to raise the animals, paying for more hay in winter months when the grass is scarce, and much more.

It’s no wonder that the price of meat raised this way is much higher than your average beef. Which also makes it more expensive to raise. On top of that, grass-fed cows are leaner than their grain-fed counterparts (because they are not constantly retaining the extra weight that comes from all of that corn they’re eating). This means less meat per cow, which leads to fewer pounds of beef coming out of the farm. Which means less money for farmers, hence making it expensive.

Grass-fed cows are also healthier than conventionally raised cows, which means they don’t require the same level of medical intervention that their conventional feedlot counterparts do. No antibiotics or steroids are necessary for them, so that’s one less cost for the farmer to pay.

It is important to note though that some grass-fed farmers will use regular medical attention when caring for their animals (i.e., more natural interventions like homeopathy and herbal tinctures).

Another reason for the price difference is that you’re paying to do right by the animal, and it takes more time and effort to ensure that the cows are well taken care of before they go for slaughter than just rushing them through as quickly as possible.

For instance, if a cow eats corn feed instead of grass, she’s going to gain weight much faster than if she ate grass alone, but that also makes her tougher and less flavorful—which is one reason why conventionally raised beef doesn’t have anywhere near the flavor of its grass-fed counterparts. You pay more because you want better taste. Plus healthier for you. And happier cows.

And finally, the discrepancy between grass-fed beef and conventional beef is due to the fact that when an animal is allowed to eat its natural diet, it produces meat with different fatty acid ratios than when they are fed something unnatural for them—like corn or soy feed instead of grasses with plenty of greenery.

The ratio of Omega 6 to Omega 3 acids in grass-fed cattle is 1:1, which better supports human health. Also, there’s even evidence that dietary fat influences dopamine production in your brain. Think happy cows!

Grass-Fed Cows Have More Vitamin A And E

In addition, you’ll get more beta carotene from grass-fed cows—which converts into Vitamin A in your body. You will also get more vitamin E from the meat as well. All good things for your immune system and your eyesight.

Conjugated Linoleic Acid is a kind of fat that’s especially good for you, with many benefits including the prevention of cancer and diabetes.

A recent study found that grass-fed beef contains three times the amount of CLA as conventionally raised beef. That’s another nice bonus if you can afford to make the switch.

Additionally, because cows are meant to eat grass, they also produce meat lower in saturated fats. So not only lower overall cholesterol levels but less bad cholesterol—and best of all? No clogged arteries later on in life.

I mentioned earlier, conventional feedlot meat can have as much as 500 more calories from fat per 3-ounce serving than grass-fed beef. That means you’re burning off those extra calories just by digesting them.

As I mentioned before, conventionally raised cows are often given growth hormones to make them gain weight faster. These hormones are doing more damage than just making the cow grow fatter.

A study also found that conventionally raised beef contains traces of something called Zearalenone—a toxin made by fungi that are commonly used as a feed additive for hogs and cattle.

Grass-fed beef is also much better for the environment than conventional beef. For instance, it takes 28 times less energy to produce grass-fed beef than it does feedlot beef. This means fewer greenhouse gasses which means a cleaner environment.

So, What Does All This Mean For Your Health?

Is It Worth The Hype?

The short answer is yes, grass-fed beef may cost a couple of bucks more, but it’s definitely worth the price. There are many health benefits other than just Omega fatty acids in grass-fed beef. For example, more vitamin E and beta carotene as well as CLA. These nutrients make up the extra “hype” that benefits your health. Click here to learn more about the benefits of grass fed beef.

You are getting a more sustainable, healthier product with tons of added health benefits—not to mention better taste too. You would need to eat around three times as much conventional beef to get the same nutrients.

You basically eat whatever the cow has eaten, and you want your beef to be healthy, safe, sustainable, and maybe even happy. On top of that, grass-fed cows have been shown to live a longer life too. 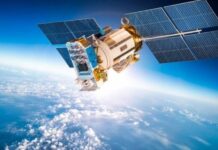 Space Technologies: Can Satellites Save the Planet? 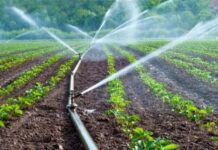 How to Deal with Limescale and Corrosion in Irrigation 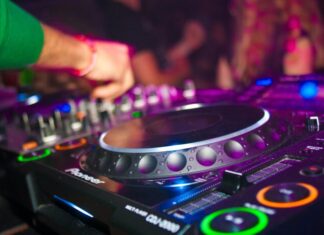 How to Become a Top DJ

Shiloh Hansen - January 28, 2022 0
If you have always dreamed of becoming a top DJ, the one everyone wants to book for weddings, graduations and literally every kind of...

What are the Stages of Grief?

Finding The Perfect Office: 7 Things to Look For

5 Things you should look for when buying a Cheese Grater