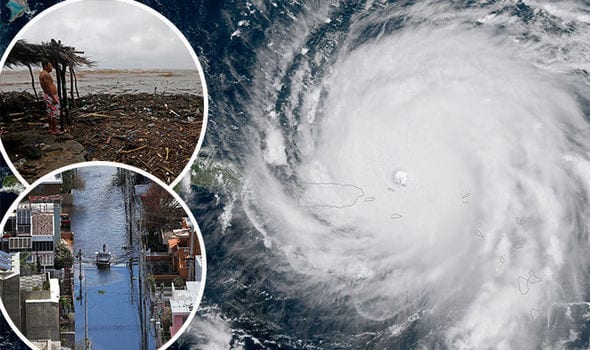 Certain areas of New Orleans received evacuation order by Mayor Mitch Landrieu. This has been done since the Tropical Storm Nate is approaching the Gulf Coast.

National Hurricane Center has upgraded the tropical storm warning, and now it has issued a hurricane warning for Nate. New categorization was done on Friday, and it is projected that storm will arrive at around midnight on Saturday.

Evacuation should be finished by 12 pm Saturday after which the nearby floodgates will be closed.

Nate has already hit Central America, and it killed at least 22 people. Since this hurricane is headed towards Gulf Coast, some states including Florida, Louisiana, Alabama and Mississippi declared the state of emergency.

Here is the statement from the Hurricane Center: “Residents in these areas should heed any evacuation instructions given by local officials. Life-threatening storm surge flooding is likely along portions of the northern Gulf Coast.”

On Friday afternoon Nate reportedly went over Mexico at a speed of about 21 mph, but the forecast suggests that when it hits Louisiana coast, it will strengthen significantly.

At the press conference that was held by New Orlean’s Mayor Mitch Landrieu, he stated that he had ordered the Sewerage and Water Board to increase the number of personnel at the pumping stations while this crisis lasts.

Even we have recently seen floodings it has been reported by officials that 120 pumps will be enough to prevent any problem.

At the moment, officials are working to repair all pumps in the city’s drainage system, but not all are convinced that this will be enough.

Humberto Suazo, Link Restaurant chief financial officer, stated: “I don’t have full confidence in those pumps. We have had so many mixed messages.”

We are sure that statements like this one are certainly influenced by Hurricane Katrina from 2005 during which pumps failed to prevent flooding.

Another business owner is not entirely sure that pumps will be capable of saving some areas. According to him, there is no way for those to remove 50 inches of water and even if they get 15 inches of rainfall it still could potentially jeopardize low-lying areas.

Looking at the last six weeks, this is the third hurricane that will hit the U.S. mainland. We all remember the devastation that was brought by Harvey and Irma.

There is no doubt that this storm is taken seriously and oil and gas companies have evacuated their personnel from offshore platforms.

The National Hurricane Center issued update saying: “On the forecast track, the centre of Nate will move across the northwestern Caribbean Sea today, and reach the eastern coast of the Yucatan peninsula early this evening. Nate will then move into the southern Gulf of Mexico tonight and approach the northern Gulf coast Saturday evening.”

Reports from Panama, Costa Rica, Nicaragua, Honduras, and Belize say that they did experience some mudslides and flash floods, so we need to be prepared for anything.

John Cena and Nikki Bella Break Up Their Engagement

John R. Jeffries - May 28, 2020
0
Are you searching for the best Toronto Instagram spots for photos? As the largest city of Canada, Toronto has hundreds of incredible places to...

6 Ways the Internet is Changing the Pharmaceutical Industry