As it seems, Huawei is a very busy company, and we say that because we managed to catch their latest project called the Nova 2 and it is second gen smartphone in Nova series. We dug this one up on the Chinese certification site TENAA, and it offered us a glimpse at what we should expect from it.

As far as design is considered, it is definitely a lot different from the predecessors, and now it looks a lot like the iPhone 7 as opposed to the Nova 1 that looked like the Nexus 6P. At the front of the device, you will see a black front panel with company’s logo at the bottom while on its top you will find a front shooter and an earpiece.

On the back of the Nova 2, there are antenna lines that remind us of those from the Apple’s latest flagships and a dual camera setup that shows us that the company has a big interest in this segment, with possible future devices hosting the same feature. But that is not all, there is also a fingerprint sensor with another company logo at the bottom. On the right side of the smartphone, there are volume rockers and power on/off button. When it comes to specifications, we, unfortunately, have nothing to report, but that is the only segment so far that we lack any details.

The Android OS is 6.0.1 Marshmallow with EMUI 4.1, and the battery of 3.020 mAh are the things that separate the Nova from the rest of competition by miles. But wait, it is not all. It also offers a 12-megapixel primary camera, and an 8-megapixel secondary unit, while at the same time supports 4G network and comes with the usual connectivity features like GPS, WiFi, a micro USB port, Bluetooth 4.0 and USB Type C.

Many of these components can be expected in Nova 2 only better and more powerful because it’s just the way Huawei rolls these days. 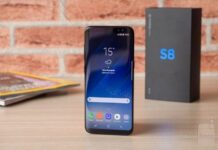 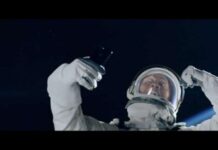 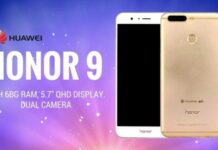