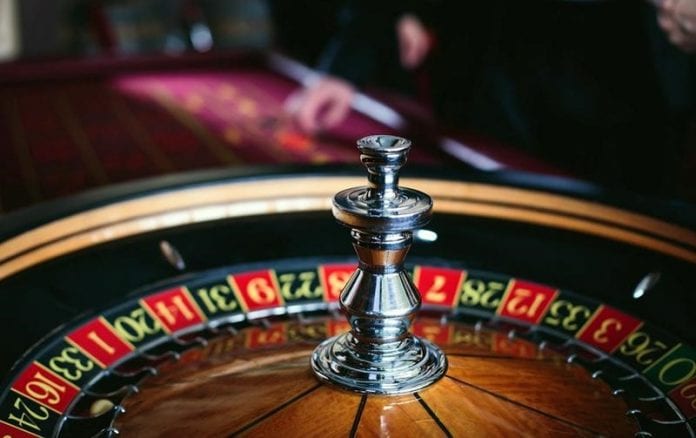 Music is considered a vital part of every culture. It inspires a reaction universally both physically and emotionally that wields it the power to influence how we act. On top of that, it can be used to alter how we perceive reality and how we behave towards it.

Information on the effects of music on human beings may sound deep and unnecessary for the ordinary man, but it shouldn’t be shrugged too easily. The results of the intense research conducted over the years that support this notion have not gone unnoticed by casino executives. The adept marketers that work with these clubs usually employ soundtracks that are designed to influence the decisions made while perusing through their gaming options. You may note that no matter which casino you walk into, there is always music ringing in the background.

Even in web casinos, where punters can claim online casino promotions using casino bonus codes like those on Getcasinobonus.net, music plays a crucial role. Nearly every game is accentuated with background tunes of some sort, even if they are slight rings when a win is landed. The songs are used to create a particular ambiance and excitement that works to the advantage of the house by getting gamblers to play longer. The extensive research conducted on music reveals a wealth of information about the art’s effect on human beings, and so does the specific exploration of its impact on gambling behavior.

The powerful effect of music helps brick and mortar gambling destinations fish for clients, even outside their establishment. Passersby are usually drawn to casino floors by the use of high-profile musicians giving performances. This entertainment often happens at the casino bar as a sideshow with the staking machines as the centre of attraction, so it does not take long for players to find something that appeals to their taste and start gambling. Once they are engrossed in trying to win, the background music will not take up too much of their attention. Even so, it continues to affect their actions while in the club.

Gambling destinations can replace live performances with their recordings, which has also been known to work. Jazz, rock music, and rock and roll tunes are famous for doing the trick. These establishments have even begun leaning towards the younger demographic by replacing live performers with DJs. These artists often focus on electronic and techno music with a mix of club bangers and mainstream hits. Mostly, the music being played will depend on the time of day and clientele the casino is aiming at.

Most studies conducted on the effects of music on human behavior suggest that soundtracks’ most significant impact on people’s spending is delivered by the tempo. Generally, the tempo defines the speed of the beat. Casinos use this piece of knowledge to cash in more money to the establishment by affecting the reaction time of players.

When the casino background music is loud and playing in a fast tempo, it encourages players to react faster to the games in front of them. Accordingly, they have little time to assess the stakes they are placing and respond to the results being put out. Such behavior indicates that players are subconsciously trying to keep up with the tempo of the game. In the long run, gamblers end up playing faster and spending less time on the machines. Nonetheless, it translates into turnover for the gaming club.

Loud and fast tunes are played during the night, which is when the establishments see the highest flow of clientele. Therefore, they are continually trying to hasten gamblers’ time at each station while ensuring that they are spending as much as possible. Such music is often found on floors with slot machines. Even in online casinos, most pokies carry upbeat soundtracks that accompany their speedy gameplay procedure.

When the tempo is switched up to soft and slow, so does the behavior of players. Such soundtracks are used to induce a calming environment that is meant to keep the gambler at peace. Therefore, one can maintain their concentration on one subject, which is gambling. Players can take their time making decisions on the next move to make, which gives the illusion of control over the results that are unfolding. Such calculated actions typically encourage gamers to stay longer regardless of whether they are ahead of the house or not.

Gambling establishments often use slow music during the day when not too many people are coming in, and the atmosphere is calm. The tunes are also popular with table games with sets that incorporate some skills and wit to play such as blackjack and poker. Tournaments and competitions see a lot of slow soundtracks as well to help players focus on the stakes they are placing.

Slow tempo music also plays a crucial role in making punters feel more sophisticated and intelligent, especially where classical and jazz tunes are involved. Ultimately, players are likely to dig deeper into their wallets for bets. Similarly, soundtracks can be used to remove unwanted business in areas such as high roller tables, and leave only those that can afford big stakes.

Casinos are also famous for using music to target specific demographics. In most cases, jazz, classics, and other easy-listening tunes are used to attract the older crowd. Since they do not move at the Ferrari speed of younger generations, the songs also help to keep them there for long.

Young people tend to react to music that gets them on their feet and prompts significant arousal to their brains. Thus, upbeat tunes become the go-to options for gambling dens looking to attract punters within the age group. Music such as rock and roll, electro house, pop, and trance is used for this purpose. This option plays out conveniently since young gamblers often prefer hitting up casino floors during the night when most establishments are trying to get the doors revolving as fast as possible.

General Impact of Music on Behavior

Each type of music inspires a unique response from gamblers according to how gambling clubs want them to spend and how long they should stay. Nonetheless, some psychological impacts cut across the different tunes that are played, and some of them are:

Even though casinos are often entertaining spaces, they can be filled with a lot of noise that pumps the frustrations of gamblers. Gaming clubs offset such chaotic incidences by using a similar musical key in all gaming machines. Casino floors are usually filled with thousands of games that go off in different jingles and soundtracks, but they are hardly ever repulsive to hear. The main reason is that they are all written in the C note, which makes them ride on the same musical wave.

In some cases, machines are built to play exciting tunes that make punters think they are about to win even though the results cannot be predicted. Even in online casinos, celebratory ditties can be played despite the win being less than the wager amount spent.

The psychology of music in relation to human behavior is complex and has been converted into a marketing tool by gambling destinations. The right tunes playing at the right time of the day plays a significant role in casino profits. A gambling marketer who understands the power of this art can influence the behavior of their players at a considerable level.

Petar Senjo - January 19, 2020
0
Having a dog is surely one of the greatest things in life. It brings us joy, happiness, and love into our lives while also...

Two Methods to Protect PDF in 2020

The Ultimate Guide to Buying Watches