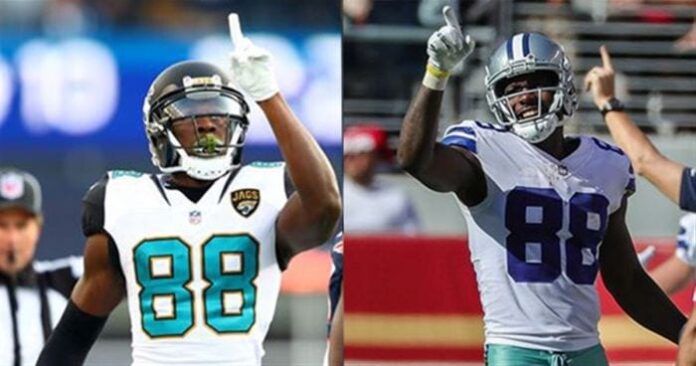 Dallas Cowboys signed Allen Hurns a few days ago. A move that satisfied their fan base. But, what does this move means for their roster? Some would argue that this could be the end of Dez Bryant’s tenure with America’s Team. Hurns doesn’t believe so, as he stated on Twitter that No88 is staying with Dez. Cowboys front office has yet to talk to Bryant about his contract, which is something they will definitely do.

As far their new WR is concerned he doesn’t believe that his arrival will signal a goodbye for Bryant: “Not sure what number I’ll be rocking yet, but that 88 all Dez.”

By signing Hurns, Cowboys got themselves a quality option on the filed. But, that doesn’t mean that there’s no longer a place for their longest-tenured wide receiver. What this signing might give Big D franchise is the leverage against Bryant in their attempts to lower his wages. He’s currently scheduled to earn $12.5 million with a salary cap hit of $16.5 million over 2018 and 2019. By releasing him as a post-June 1st cut, they could save up to $8.5 million.

After being released by Jacksonville, Jaguars Allen Hurns quickly became a sought-after FA. His first stop in free agency visits was Dallas. He was supposed to go to New York and meet with Jets, but weather stood in his way. Thanks to the heavy snow, he missed his flight to NY and ended up in Big D. He signed with Cowboys two days later. A touch of fate some would say. Hurns got a two-year $12 million deal. 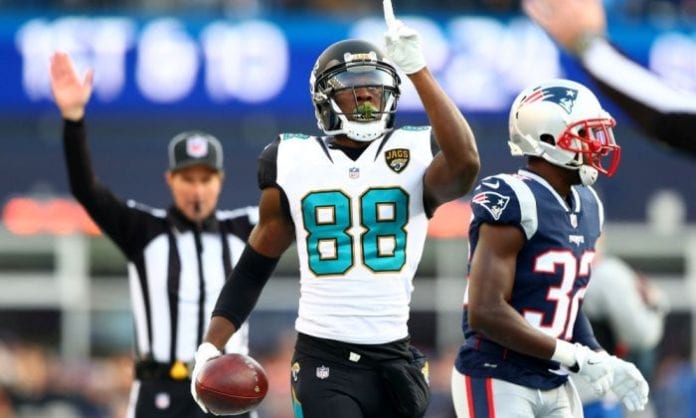 Many believed that America’s Team wouldn’t have enough funds for this acquisition, but they proved everyone wrong. After restructuring Travis Frederick’s and Jason Witten’s contracts, they now have enough money for more moves in free agency.

So, as we said, this might mean nothing for Dez, but there are other receivers on Dallas’ roster. Hurns will most likely compete for No2 WR spot with Terrance Williams. This also means that Brice Butler won’t be back to Dallas, but we already knew that.

As for the player himself, his best season came in 2015 when he caught 64 passes for 1,031 yards and ten touchdowns. After that, he signed a four-year, $40 million contract with $16 million guaranteed. But, like it usually happens after signing big money LTD his performances dropped. During 2016 and 2017 he only caught 74 balls for 961 yards and five TDs. What’ also worth noting is that he missed 11 games during that two-year stretch.

So there are two things that Dallas Cowboys would like to happen with Hurns. First one is for him to stay healthy. The second one is that he puts up the numbers from 2015. We sincerely hope that things will pan out the right way.