Winning a Powerball ticket can gain you a lot of money and attention from the American public. After nearly 3 months on not a single ticket hitting the big jackpot, a single ticket matched all six numbers and landed the jackpot of $344.6 million prizes.

While the Powerball has now reset after the big win, the Mega Millions is at a $475 million high. To win either the Powerball or Mega Millions takes a lot of luck or unprecedented skill. Winning is not easy, but there are certain things you can do to further help your chances of doing so.

In this article, we are going to discuss how to win either the Powerball or Mega Millions.

How to Play Mega Millions

With sky-high jackpots, even people who don’t participate in such things can be tempted to try their luck. The combined total jackpot of both Mega Millions and Powerball can sometimes be $1 billion, so we can understand why people would try their luck.

A Mega Millions ticket costs $2 each, and it can be purchased in 44 states, 6 states don’t participate such as Alabama, Alaska, Hawaii, Mississippi, Nevada, and Utah. In Mega Millions, you pick six numbers for each ticket, five numbers between 1 and 70, and one between 1 and 25.

How to Play the Powerball

In both lotteries, you can either select the numbers yourself, or have the Quick Pick select for you. In Powerball, you can multiply your non-jackpot size by buying the Powerplay ticket, which costs an additional $1 per ticket.

How to Win both Mega Millions and Powerball

One way to help you win either, or both if you are incredibly lucky is to use a helping hand. We’re talking about software, and the best Mega Million and Powerball software can help you a lot. Magayo is one such software that has helped users win the Mexico Chispazo on the 4th of March, 2017.

The software identifies trends and patterns and recommends the best possible balls to play. With lesser balls, your odds of winning are drastically higher. The software provides you with a visible pattern to the trends the algorithm uses and gives you key insight into how it does it. 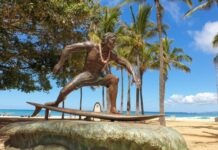 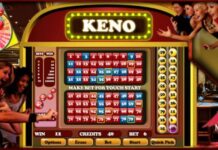 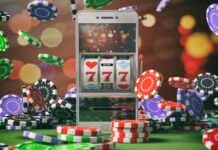 Online Slots and Their Main Features