Opptrends 2022
Home Parenting How to Prevent Children from Cyberbullying?

If there is one thing that children love these days, it is the internet.

From online chat rooms and games to the many sources of information, children have a host of different uses for this global medium.

As much as it might sound like a fantastic thing, there are many problems that come with it as well.

One such problem is that of cyberbullying. As much as many people pretend it doesn’t exist, it is a very real problem, and which can have serious negative consequences on the child.

While it might sound like a bad problem, the reality is that there are ways in which the problem can be addressed.

Given in the list below are some of the ways in which children can be protected from the issue of cyberbullying.

1. Make Children Aware of the Problem

This is by far one of the biggest things that can be done about the issue of cyberbullying.

By simply being aware that this problem exists, children will be far more likely to handle it. In fact, it can be said that one of the main reasons why cyberbullying happens, is because the children are just not aware of the problem’s existence.

The exact way that this happens will vary of course. It is certainly going to be different to explain the concept for children of varying age groups. But the fundamental idea of awareness is something that will remain the same.

2. Install Appropriate Software on the Devices

There are several softwares that are currently available, which will help you monitor the activity on a device, whether it is a desktop or a smartphone.

The softwares can help you keep updated with all the activities that go about on the device on a regular basis. This can, in turn, help out to better understand what is going on when your children get online.

This is particularly useful if your children aren’t very open with you about what they do online. Also, the software can give you updates even in real-time, depending on the exact app, meaning that you can get to know what is going on at any given moment if that’s what you prefer.

Also to add here is that the softwares come in both free and paid forms, meaning that they are suitable for people of all economic backgrounds.

It is also generally applicable to Android and Apple systems, such as TTSpy.

3. Let Your Children Know That You Are Approachable

By making children feel more approachable, you will be in a better situation to address the issue of cyberbullying.

The simple reason for this is because many children tend to be quiet about the problem, for they have no awareness as to what must be done.

By simply allowing them to talk about things with you, the instances of cyber bullying along with all the other problems, can come out into the open and be quickly resolved.

This can happen in a number of ways. For one thing, parents can simply have an honest conversation about things in general. Another way of addressing this would be to have a discussion about this directly, as to their online activities, and if they are activities.

Also, it is important to let the children know when the talk about these things, that they can be honest about it, without feeling ashamed, embarrassed or otherwise reserved in any way. It would be the only way to get an understanding of what is going on when they get online.

4. Sit with Them When They Use the Internet

This is very much applicable for children who are really young and shouldn’t be allowed online on their own.

Given the nature of the internet, is it not a good idea to allow small children to use it alone. In such cases, it is always a good idea to sit with the child and provide the necessary guidance on how to use the medium.

This way, any instance of cyberbullying can be eliminated the moment it happens. Also, make sure to let the children know why any actions are taken, if necessary, so as to help them understand the reason why say, a window or chat box was closed and so on.

5. Teach Children to Say No

Another thing that must be added here is that children need to be made aware of a simple principle, which is saying “No”.

In this case, it is more of a refusal to accept cyberbullying, through tactics such as blocking people, closing windows or just plain refusing to interact with the other person.

By simply teaching them that they can cut off all contact with the other person, it becomes easier to curb the menace of cyberbullying.

6. Get In Touch With the Bully or Someone Appropriate, If the Situation Permits

As bad as it might sound, the problem of cyberbullying may not really be as severe as it may seem.

On the contrary, it would be more along the lines of children playing their own games, which eventually crossed the line. By simply having a meeting with the other child, or perhaps its parents, guardians or teachers, the problem can be remediated with relative ease.

It will usually be impossible in the case of anonymous chat rooms. But if in case the bully is someone known to the child, as in say, a classmate or a friend, it is certainly possible to carry this out.

7. Get Better Educated About the Problem

There are a lot of self-help groups giving guidance on how the problem can be addressed and resolved.

These groups can be of great help when it comes to understanding how the problem can be addressed and resolved. Not only will one be able to get a clearer picture of what is going on, but could also come across innovative solutions on tackling it as well.

Also to note here is that one need not always connect with other existing groups. On the contrary, one can also create their own, if in case of none are available. Quite often, doing this can help to attract other parents and guardians, as well as others, who are faced with similar issues.

Last but not least, it should also be added that there are indeed many more ways in which the problem can be addressed as well. 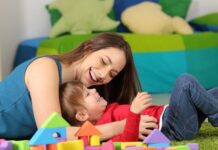 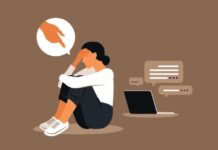 Cyberbullying is a Legitimate Form of Abuse 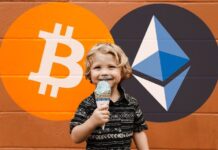