If you’re involved in a car accident, one of your first responsibilities is going to be collecting evidence of what occurred. Car insurance fraud is relatively common these days; if you aren’t careful, the other driver could manipulate the situation to make it seem like the accident is your fault, or otherwise get your insurance company to pay for the damages. On top of that, even if the other driver seems to be agreeable on the scene of the accident, there’s a chance they could change their story when insurance companies get involved (or when the case goes to court).

According to Dickson Kohan & Bablove LLP, the evidence is concrete proof of what happened, and it will serve to protect you regardless of how things move forward. So, what types of evidence should you be collecting, and how should you collect it?

Before you get too excited about evidence, remember that your first priority is staying safe. Too many people, in the adrenaline rush associated with the accident, rush into the road or take dangerous actions, ultimately putting them at risk of further injuries (or even death). Instead, get your vehicle to safety as soon as possible, and only exit the vehicle if you feel it’s safe to do so.

Photo and video evidence are your best friends. Assuming they aren’t doctored, they’re practically indisputable in a court of law. Ideally, you’ll have a dashcam running, which will automatically record the events leading up to (and including) the crash. But not everyone has these installed. If you don’t have a dashcam, try using your smartphone (if you have one). Start recording video as soon as possible, in case the other driver decides they want to try and flee the scene.

If things have calmed down, you can take your time taking photos and videos of the scene of the accident. Try to be as thorough as possible; get visuals of both cars, including points of visible damage and multiple angles of the cars. It’s also a good idea to photograph any injuries you appear to have from the accident, as well as your surroundings. Sometimes skid marks or debris in the area can serve as proof of what happened.

It may also be in your best interest to look for (and talk to) eyewitnesses. If there are pedestrians or other drivers who have stopped nearby, ask them if they saw what happened. If they did, get a recorded statement from them and ask them if they’d be willing to lend their side of the story in the future. If you’re collecting a recording of them, be sure to get their name, phone number, and date and time of the accident.

Get a Police Report

No matter what type of accident you’re in, it’s important to get a police report. The police report is going to serve as the official version of what happened during the accident and is hard to dispute in court. The police officer will try to be as thorough as possible, reviewing the scene of the crime and listening to both drivers’ sides of the story. They may also collect other pieces of evidence on your behalf.

Sometimes, you may want to complement your own evidence with evidence that was gathered passively elsewhere. For example, if a car hits you in a parking lot of a supermarket, you may be able to contact the supermarket to get a copy of their security footage. In the modern world, more businesses and cities are installing cameras—so there’s a better chance of getting additional footage than ever before.

Finally, take the time to document the damages you repair in the days and weeks following the accident, including:

If you need help collecting more evidence, or if you aren’t sure what to do with the evidence you have, consider contacting a lawyer. The insurance company of the offending driver may reach out with an initial offer, but it’s often in your best interest to try and get more. A lawyer will be able to help you understand the insurance offer, the nature of your case, and of course, the strength of your evidence. 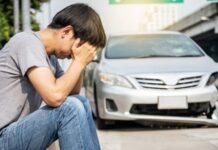 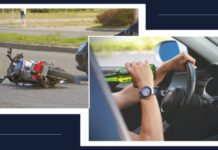 13 Steps to Take After Being Hit by a Drunk Driver