Opptrends 2021
Home Sex How to Behave After Having Sex

We are pretty sure that as soon as you read the title, you got curious! This topic might seem simpler and straightforward with a definite answer at first, but once you start visualizing it, you may get baffled! Before we get started, we want to tell you why we chose this topic to write about. In modern society, there are many relations that get ruined because of absurd reasons.

What’s your take on the fact that some relationships get abandoned just because one of the partners doesn’t know how to behave in public? In some other cases, a girl chooses to walk away because her partner is not aware of the way he is supposed to behave after sex. These circumstances might seem ridiculous, but they become serious issues among couples.

Let’s turn our attention to more serious talk. We hope you have built a general understanding of the topic at hand.

Why does this even matter?

Let’s start with the most fundamental question. Why does the behavior after sex even matter? If you can co-relate yourself with this question, then you are probably a man, or less likely, a female Oklute escort. People agreeing on these sorts of statements tend to think that once the sex is over, the story is over. All they have to do now is either put on their clothes, grab their stuff & storm out, or call a cab for their partner. You can’t imagine how much this type of behavior affects your relationship.

But before highlighting the repercussions, let me explain to you why your behavior after sex matters.

Every human being is different, so do their needs, preferences, priorities, and desires. Women are more sensitive and passionate about love than you think. They expect much more than sex even after sex, which is indeed romantic. Generally, after sex, a woman likes to chat with her partner. This chat doesn’t only mean the exchange of words but must include expressions & visible engagement. They may want to hug you, hold your hand, play with your hair, or simply cuddle. This comforts them and makes them feel precious & adorable.

Whenever a woman is in love, she never likes moments spend or romantic activities done in hurry. Love takes time & emotions need time. Moreover, the way you behave after having sex helps a woman’s subconscious mind to decide how serious you are for their emotions. Thus, a male must acknowledge his partner’s desires.

Now in the case of men, most of them become inert after having sex. They either show their intentions to leave the room or simply turn away to sleep. But this type of behavior doesn’t necessarily represent all men.

Many men want the thing the same way a woman wants in general. Nothing mentioned here is a fact; it is just a general extrapolation of men’s & women’s behavior/expectations after getting intimate with their partners.

Stages in a sexual relationship

If you make such a fatal mistake that can ruin any relationship, even after sex is over, then you will miss the moments that could have been special. You will end up creating unpleasant and discomforting because you didn’t give the required attention & importance to that moment, which could have been used as an opportunity to deepen the connection.

However, it is always upright to avoid some details after sex. Anyone has sometimes said little kind of irrationality or entirely unnecessary things in intimacy. Not to mention small insolences that also make a person want to vanish from that place at that moment. It may happen, but it is not the end of the story as it is an exceptional moment, perhaps memorable and of great pleasure.

On one side we have that kind of people who usually say they would prefer to leave as they are interested only until the act finishes & start finding a responsibility as an excuse to leave running. On the other side there are more & more cases of women complaining that once the sex ended, men ask the question like-“do you want me to call a cab?” If the girl you have stayed with is an escort, they may go the suggestion, but not all women will consider it as a compliment. It would simply indicate that the fun is over & you no longer want to engage with that moment. Although, this is something that happens all over the world, yet it is highly unacceptable.

What should you do?

Let’s get started with the final discussion. We am going to answer the question from the perspective of males & females one by one. Focusing on the behavior of females, we would suggest you keep the moment of love going on but never beg for your partner’s attention. He should be sensitive enough to realize your needs and act accordingly. In case he does that, make sure you are involving with him the way both would enjoy. You probably know about your partner’s emotions, so try to keep the theme of the activities after sex that way.

For men, we would suggest avoiding storming out. Never abandon your girl even for minutes after sex. You must avoid behaving awkwardly as if you are no longer the same person. Try to control your natural instinct and comfort your love. All she is asking is love & care, that’s all. The more you give, the more you get, that’s for sure as far as women are concerned.

If you want to leave the bed and go for taking a shower, consider taking your partner with you, but in any case, it shouldn’t happen immediately after sex. Take a moment and make yourself as well as your partner comfortable.

These were the suggestions that, if implemented, yield off wonderful results. If you treat your partner right, you will never have to look for someone else ever. Moreover, the level of pleasure, happiness, and satisfaction associated with a healthy relationship is unmatched. Be responsible & act responsible, that’s all we have to say with good luck! 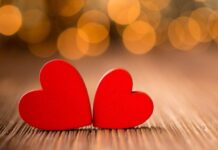 There Are 3 Perceptions of Love, and Only One Is Real 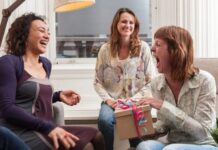 Things You Need to Know About Gifting a Sex Toy 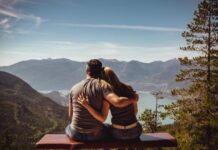