Whether you’re looking at an RV solar panel the size of a window frame or a building roof covered in solar panels, they operate based on the same principles. The photons in the sunlight the solar panels they receive hits the solar panel. The light may be concentrated by lenses on the outside of the solar panel, though most cheap solar panels lack this feature.

Step 3: The Displaced Electrons Are Converted to an Electric Current

The conductors inside the solar panel form an electrical circuit, and these loose electrons are converted into a current as they move across the solar panel. This power is always a direct current or DC power source.

Step 4: The Electricity Is Captured by the Wiring Connected to the Solar Panel

While the solar panels can generate an electrical current, this means nothing if you cannot move the power to where it is needed. The current will flow along the wires connected to the solar panel to an inverter or battery.

Step 5: The DC Power Is Converted into AC Power to Run Most of Our Devices

Unless you’re sending direct current power from the solar panels to a battery that can handle it, the solar panels will be connected to an inverter. An inverter can convert this DC power into the alternating current used by most household appliances, according to AirConditionerLab.

Some inverters contain a large capacitor that can deliver a temporary surge of power when it is needed, such as when a refrigerator or air conditioner needs an extra few hundred watts to start up.

This allows the inverter and any connected battery to meet demand regardless of how much power is coming from the solar panels at that moment.

Step 6: The Current Passes through a Circuit Breaker and/or Control Center

The circuit breaker is a critical protective device in this process. It will prevent excessive current from flowing upstream or downstream. For example, a short in one of your appliances won’t burn out your inverter, while lightning hitting the solar panel is prevented from flowing down the wires and burning out your control panel.

Over-current, under-current, over-voltage, under-voltage and temperature warnings may all come from a smart control center. This step may be unnecessary if the inverter comes with all of these safety features and has the intelligence we just described.

Simpler set-ups involve fuses built into the circuit breaker into which the wires from the inverter are connected, relaying power to the rest of your RV.

Step 7: The Power Reaches Your Appliances

Once the power hits the circuit breaker or control center, it will flow through the RV’s electrical system. From here, it will go to the air conditioner, the refrigerator and whatever else is plugged in at the time.

Note that the appliances can try to draw more power than the solar cells and inverter can deliver. This can cause devices like vacuum cleaners to slow down or stop and start intermittently, and lights will run dimmer than you expect them to when they don’t get enough power.

Solar panels can convert sunlight into electricity, but there are several steps involved getting it from the solar panel to the rest of your devices. If there are problems at any step in this process, you’ll find that the lights won’t come on. 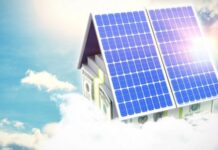 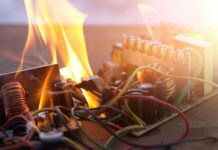 Discover What Causes Power Surges And How To Protect Your Appliances 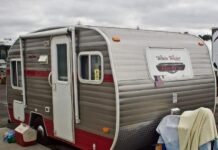 Things To Consider Before Buying A Travel Trailer