The sports industry and neuro-linguistic programming might seem miles off each other, but you would be amazed at how much impact NLP has on sports. However, both fields have improved greatly since their first forming, and the demand for winning sports matches has forced coaches and club staff to take any advantages they can over their opponents. The intensity of sports like football, soccer, basketball, and others, has massively improved, and the rewards are too great to miss out on. That’s why NLP has had close ties with the sports industry since it can have an edge over the competition.

NLP increases your mentality, and that is the sole reason why NLP in sport is now used by coaches and high profile athletes. In today’s time, NLP is deployed in all areas of development, from grassroots youth development to best of the elite.

Originally, NLP was formulated to give therapists another tool to help them be more effective at their job. But, as it seems now, NLP as a science can be used anywhere where high performance is valued. SO that is the reason why so many clubs across different sports fields have started to apply NLP, as a way to increase mental strength. It offers coaches another way of communication with their players, and a way to motivate those set players.

How to Achieve Results with NLP

In sports, and let’s take soccer, for example, the biggest clubs from each country have a group of players from different backgrounds and from different places across the world. You could argue that English is the universal language, but not everyone speaks English, and those who struggle with it can be quite unclear on what they’re saying. This is where NLP helps. One aspect of NLP, as we mentioned, is to improve the communication between the head coach and his players. NLP helps players connect better with their coaches, and this results in the player being more motivated to play and will give 100% each match day.

As NLP has an effect on our mental state, it can be used to improve the overall game of athletes. There are two types of NLP code, Classic and New. By blending those two codes, coaches can teach their players the ways of an elite mentality. They can bring you to a state where you will perform like never before, increasing your performance to the highest level possible. In soccer, these states occur when you score a goal. Everything is great, and you’re celebrating with your team, but the player has no real recollection of him scoring the goal. Like the famous tennis player Andy Murray said after beating champion Novak Djokovic “I have no idea how and what just happened.” During the final hour of their match, Murray played like he was in a trance. His performance level increased to a point never before seen. In those moments, Murray was clearly physically exhausted, but people saw him find strength where there shouldn’t be any. This is the effect NLP has on athletes. It pushes your brain to think differently, and it puts you to a “knowing nothing state,” where you have no idea where that backhand came from.

The New Code of NLP specializes in creating these “know nothing states” during matches where the stakes are so high. Another amazing thing the new code of NLP does is that it can breach the limits of your performances, subsequently allowing you to achieve performance levels never before seen. 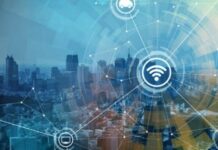 Possibilities are Endless in 2021 for Technology 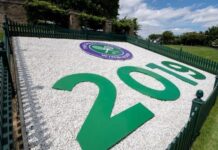 3 Things to Consider in 2019 Wimbledon Betting

Tomas Berdych Wore Trainers With Djokovic’s Face On Them