When drivers think about environmentally friendly vehicles, they probably imagine cutting-edge options like the electronic vehicles being produced by Tesla. Though the North American automotive market is becoming more ecologically conscious every year, the media tends to highlight only the splashiest and most high profile advances in automotive technology.

But the truth is that electronic cars are still far beyond the budgets of most consumers, and it is the slow but steady changes being made the makers of standard family vehicles that will arguably have a much greater impact on reducing emissions overall.

And on these front, few automobile producers have done as much as the Ford Motor Company.

If a Ford F-150 isn’t the first thing that comes to mind when you imagine an eco-friendly vehicle, that’s probably because Ford has tended to emphasize other sales features of its vehicles, like power, durability, and affordability.

Ford’s marketing revolves around why Ford dealerships are the best choice if you want to score a great deal on your next vehicle — and, given Ford’s competitive pricing, this is generally true. But Ford has also slowly and steadily been taking serious measures to create cleaner, more efficient vehicles.

The EcoBoost Engine: An Innovation for the Future

Most automakers understand that if they want to compete in the international market, they need to provide more fuel-efficient engines. Regulations in the EU and other parts of the world set high emissions standards, and if Ford engineers are already designing cars that meet these standards, marketing them to increasingly carbon-conscious North American consumers only makes sense.

Enter the Ford EcoBoost engine. Unlike other engine designs that reduce fuel use at the cost of power, EcoBoost engines use direct injection and turbochargers to improve fuel economy while retaining power. This means that high performance vehicles like the Mustang or the F-150 still deliver serious power, but do so using less gasoline.

And because the EcoBoost variant is an option for almost every Ford vehicle on the market, shoppers can get their favourite Ford vehicle while also making an environmentally friendly choice. 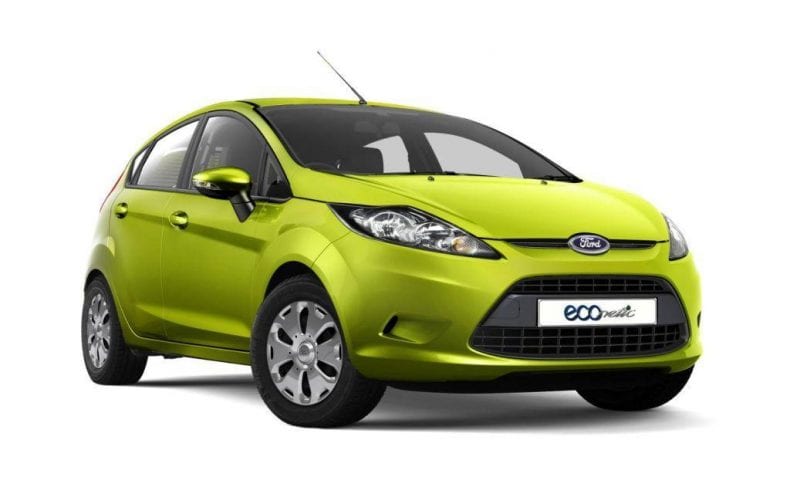 Green Production: The Next Frontier for the Automotive Industry

Conversations about the environment and the automotive industry tend to revolve around the challenge of making vehicles that use less gas. But automotive plants are also major culprits when it comes to fossil fuel emissions, and car producers don’t just need to be thinking about the actual vehicles they produce, but also how they produce them.

The recent announcement that Ford’s Dearborn Truck Plant would be purchasing 500,000-megawatt hours of wind energy to power its production lines was noteworthy not only because it demonstrates a concrete shift away from fossil fuels in vehicle production, but also for the impact this might have on the North American manufacturing sector as a whole. Automakers represent a large proportion of the manufacturing sector in North America, and this decision could trigger a large-scale shift across the industry.

Most environmental experts accept that large-scale carbon reduction will not happen due to a major lifestyle shift on the part of North Americans. Rather, it will happen when clean energy options become the market default.

The fact that large automakers like Ford are taking concrete steps toward becoming less reliant on fossil fuels is a hopeful sign.