A dog can drive up your home insurance rates. You might think that dogs would lower insurance rates, as they are a deterrent against burglars. But you’d be wrong.

And let me tell you why.

A recently released study showed that Floridians are more likely to submit an insurance claim for a dog attack last year than residents of California or Texas.

The Insurance Information Institute used claims data from State Farm, the nation’s largest homeowner insurance company, to estimate the number of injuries from dog attacks. It’s estimated that there were 1281 claims in this category.

That’s the good news, but the bad news is that the average dog injury claim in Florida was nearly $5000 more than the national average of just over $39,000.

The Who’s Who of Dangerous Dogs

Though most insurers don’t have an official list of which breeds cost more, many have an unofficial list for dangerous or aggressive canines, based on data from CDC bite reports from the 1970s through the 1990s.

I’m one of those who understand that normally it’s poor training on the part of the owner, and not the breed, that makes a dog dangerous. However, insurance companies see it differently. In certain states, like Michigan and Pennsylvania, homeowners are held responsible for all dog attacks, regardless of what breed they are and regardless of insurance.

Insurance companies look at risks, and what those risks may cost. So, if you have a dog on this list, be prepared to pay a higher homeowners’ premium.

Over a 20-year period, a CDC study found that Pit Bulls were responsible for 32% of fatal dog attacks. As recently as 2012, they held the number one spot for fatal dog attacks, contributing to 61% of the fatal dog bite incidents that year.

An aggressive and protective breed used as a guard dog, the Doberman was the leader in dog bites during the 1970s, a period during which it was an extremely popular breed. Likely the incidents had something to do with their prevalence in American homes, but they are still categorized as a dangerous or aggressive breed.

With its big head full of teeth, the Rottweiler is ranked as the second most dangerous after the Pit Bull, with their bite bearing more than 300 pounds of pressure per square inch.

German Shepherds make great military and police dogs, as they’re known for their intelligence, loyalty, and obedience. They are usually easy to train. Though the stats are fuzzy on this wolf-like breed, your insurance company sees them as dangerous.

Stubborn, territorial, and protective, the Chow Chow is toward the top of the list of dangerous dogs. Originally bred to protect the Chinese emperor, their teeth can cause some major damage. This breed was responsible for eight out of 238 fatalities between 1979 to 1998, according to the American Veterinary Medical Association.

Being a large breed, and especially when a Husky isn’t trained properly, its natural aggression tendency can make it a dangerous animal.

This breed isn’t normally regarded as dangerous, though Great Danes have been responsible for several deaths. As the tallest dog breed, their size, as big as a small horse, makes them dangerous if they ever get aggressive.

These dogs were bred to guard Japanese royalty and nobility, so they have a very protective nature. They also were used in hunting wild boars and bears, so don’t frighten easy. While they may be a great dog for someone living in the wilderness where wild animals abound, owning one in an urban area makes less sense.

Although generally considered less aggressive, Boxers are still protective by nature and are known for their intelligence and loyalty. Aggression in this breed generally results because of a threat to their owner or its family.

All dogs are descendants of wolves, but when a wolf and a domesticated canine mate, you get what’s called a “wolf hybrid”. Though it may look like any other dog, hybrids often retain certain wild instincts. They especially need to be taught boundaries.

It’s a good idea to know how much homeowners’ insurance you have if you own a dog. With 4.5 million people suffering dog bite injuries in the U.S. each year, one for every 17 dogs, with a dog population that numbers about 78 million.

According to Kin (a fully licensed homeowners insurance carrier rated “A – Exceptional” by Demotech, Inc) “You want to be upfront with your insurer if your dog is on the restricted breed list” and if you live in Florida, you better get proper home insurance from known agencies like kin.com, especially since it’s not a requirement in Florida to have a home insurance policy, and that is risky if you own a restricted dog breed.

Speaking of risk; any dog will bite if it feels threatened, and children between the ages of five and nine are at the greatest risk, according to statistics by the Center for Disease Control and Prevention. And since more than half of dog bites happen at home, with dogs familiar to their victims, having appropriate homeowners’ coverage makes a lot of sense.

Of U.S. households, 40% have dogs. But depending on where you live and your insurance company, your premiums may rise dramatically if you get a dog. It’s always a good idea to speak to your insurance agent before you get a dog or other potentially dangerous pet.

When your dog attacks someone, it’s not the homeowner but the insurance company that normally pays, and it costs them nearly half a billion dollars.

Owning a dog is a huge responsibility. Good training is essential to ensure that a dog on the “aggressive” list will be covered by your insurer. Some insurers even give you a bit of a break on premiums if you train your dog adequately.

But whatever you do, don’t lie about having a dog, as if your pet bites someone, you won’t be covered, and your policy may even be canceled. 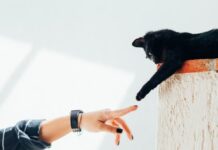 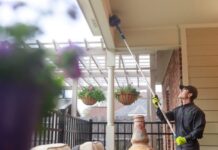 What Time of Year is Best for Pest Control in Florida 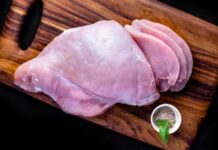 Can My Dog Eat Raw Chicken