Opptrends 2022
Home Technology How Augmented and Mixed Reality will change our life in the next...

In 2016 – 2017 people started actively plunging into Augmented and Mixed Reality space. Lots of companies and startups have been striving to include Augmented Reality experiences into their products. Just to give you an overview of what I mean, let’s take a look at some facts.

In 2017 – 2018 a wide range of companies are working on their own Augmented Reality editors and builders, namely Lens Studio by Snap Inc., SparkAR by Facebook, ROAR and many more. The goal is to make it possible to create AR experiences. The process of scaling Augmented Reality space largely relies on the user-generated content “UGC”, just as for web AR lots of digital and especially 3D AR content is required. As such, staff editors and builders are just what it takes to scale Augmented and Mixed Reality verticals.

The 2018 year was marked by striking growth of Augmented and Mixed Reality industry.

Especially thanks to tech giants such as Apple and Google that introduced their own AR technologies – Apple ARKit and Google ARCore accordingly. Another notable step facilitating the advancement of AR and MR industry in 2018 was the first release of Magic Leap after a long silence which was much anticipated by many people around the world. 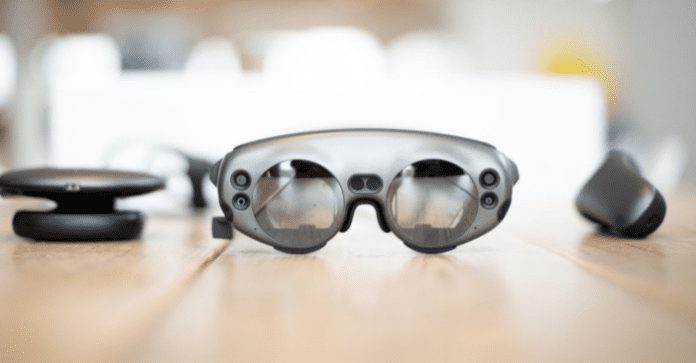 A great number of Augmented Reality enthusiasts are bringing to the table as far as the growth of AR & MR community is concerned. They are putting in the work by launching their own side-projects and startups. For example, Dan Zaitsev has come up with an idea to create Catchar — a global Augmented Reality and Mixed Reality community and hub. For users it provides a range of opportunities, namely: to search and discover the best AR apps and games; find sponsored AR campaigns; explore and get popular Snapchat’s and Instagram’s masks and filters; learn more about how to use different AR products and projects; immediately download AR products and projects to their devices.

Catchar presents multiple potential opportunities for Augmented and Mixed Reality developers, startups and companies. It allows to share and promote AR apps, lenses and campaigns, which in turn generates first users, feedback and increased numbers of downloads. Moreover, thanks to Catchar collaboration between businesses and XR developers can be arranged to release their own custom apps, campaigns and sponsored lenses.

So, don’t miss a chance to check out Catchar if you want to keep track of the latest events in Augmented and Mixed Reality space. 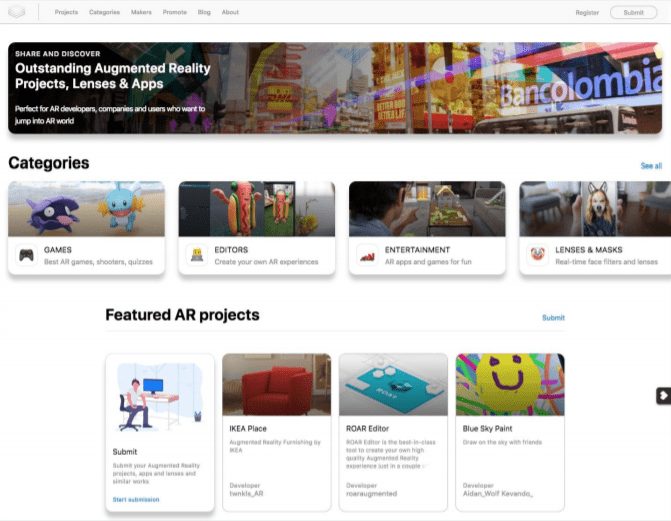 So, what will be the next?

In the long term perspective Augmented and Mixed Reality will create the digital layering around the entire physical environment by adding tons of educational, practical as well as entertainment content. It will revolutionize our user and customer experience as to how we study, shop, work and obtain the information. Apart from this, it will totally change the way we discover things and the world around us. Before going to the grocery store, you won’t need to search for the recipes and check the product reviews of the product you have in mind on the web anymore. You will be able to get hold of all these things immediately directly from the package through AR experiences. 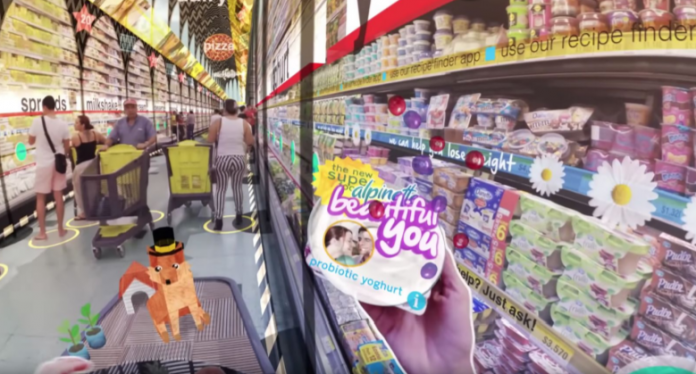 Despite the outlined growth of AR and MR, some problems are yet to be solved. The quality of the content and number of assets for AR experiences need to be enhanced. Mobile devices require some time to launch apps, initialize AR scanner and bring the discovery of AR content at users’ fingerprints. Mixed Reality glasses are pretty big and thus unsuitable for wearing on the street.

The downside of Augmented and Mixed Reality is the uncontrolled stream of advertising,
promotion and spam that they might bring about in the nearest future. If this happens, it can jeopardize the joy and practical value of user experiences, let alone destroy applicability of these technologies. To prevent this from happening, innovators must strike the right balance between ads, entertainment and useful content in AR and MR experiences. By doing so, we can ensure that these technologies are here to stay. Needless to say, that by allowing them to enter into our daily life we are bound to hugely benefit on many levels.

How Do You Know If An Encoder Is Incremental Or Absolute?