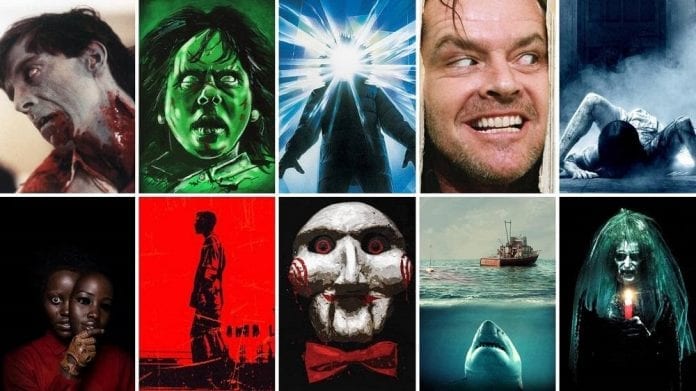 Sometimes it is difficult to choose a movie, especially when you are with your friends. However, if we decide to bet on a specific genre, things can become even more complex. What are the best horror movies? What are the ones to see yes or yes? Well, it is somewhat subjective, but we wanted to select the best horror movies to watch with friends.
Click here to get the best entertainment news updates.

In 2014, Australian-born Jennifer Kent wanted to change the rules of classic horror cinema forever. He did it with Babadook, a film that could be considered monsters, but that goes much further. Using a haunting book of fables as the guiding thread for the plot, the film tells the story of Amelia (Essie Davis), a woman trying to recover from the violent deaths of her husband and Samuel (Noah Wiseman), her six-year-old son. Living in terror because of a supposed imaginary monster, like a good nightmare, Babadook seeks to tickle us by making us believe that what we do not see is much scarier than what is revealed. Ambitious but small, it manages to scare us at the same time that it offers us to know how human beings deal with issues such as pain and loss in different ways.

Produced by Sam Raimi and Sony, it tells the story of a group of young thieves who decide to rob a blind man of a valuable amount of money. However, what seemed like a perfect plan will end in a terrible mistake. The thieves must fight and survive against a psychopath who will try to hunt them down one by one. Without revealing more of the plot, we invite you to take a look and enjoy an incredible Stephen Lang in the role of villain.

The first of three films focused on the strange and possessed doll. Halfway between a film of ghosts and classic possessions with touches of the most modern and refined versions of the genre, we talk about a film that manages to remind us of Chucky saga itself, with numerous scares, curses, and strange events that will haunt to a couple.

Dawn of the Dead

With Sarah as the main protagonist, Snyder’s masterpiece tells us the first days of a zombie pandemic, and how a group of people decides to take refuge in a shopping center to survive as long as possible before a rescue group helps them to get out and be safe. However, they will soon realize the terrifying reality. They are not alone, terrifying, and one of the genre’s best cinematic beginnings, Dawn of the Dead It may be the ultimate zombie movie.

Gerald’s Game is a new example of the extent to which Stephen King’s universe has given life to these types of films. It tells us how a mature couple, tormented by routine, decides to travel to a remote cabin seeking to revitalize their sex life and relationship.
By proposing to her a sexual game, the man will tie his wife to the bed but will suffer a heart attack that will leave her completely alone in the middle of nowhere without anyone knowing that it is there. Mixing suspense with horror, the film is fairly faithful to the novel, expanding on series of stories that are related, in one way or another.

What is the price of fame? The cult, a sequel to the Nigerian film Living in Bondage (1992), tells us how an enigmatic tycoon, who discovers a young and ambitious talent, ends up taking him to a sect that will try to change him forever and from which it is almost impossible to get out. It is an entertaining film capable of scaring the most painted with the simplicity of its approach.

The Silence tells us how a young woman and her family try to escape from strange creatures that try to hunt down living things by sound. However, along the way, they will run into an even greater danger: a sect. Based on the classic ‘humans are more dangerous than monsters’, The Silence presents an entertaining story and familiar faces, and even though its formula is more similar to A quiet place, it oozes originality and the odd sequence worth mentioning.

The most intriguing thing about “The Silence” might be its remorseless streak, remembering a frightful scene for which a lady and her boisterous infant are commenced a metro vehicle. In the event that Leonetti and friends are attempting to depict the dramatic stakes of the circumstance, “giving up an infant” might be the least expensive approach to bring pressure up in the blood and gore film playbook.

A horror film that changes the world of movies about haunted houses. Telling us the story of Eli Miller, a kid with a strange autoimmune disease, we will be transferred to a germ-free mansion where strange things seem to happen that will be attributed to the kid’s medication. Although it indeed has a somewhat complicated first part to watch, it soon goes up and mixes horror subgenres and adding terrifying moments in its second section, it manages to stand out with enough originality.

From the earliest starting point, “Eli” highlights the probability that everybody has a mystery. Regardless of whether it’s the peculiar manner by which Haley keeps appearing, how Eli’s folks talk about his treatment or the obscure Dr. Horn, poor people kid is up to speed in a universe of disarray. Are the medicines making the dreams that Eli is having, or is something otherworldly attempting to caution him of approaching fate? Foy drains a ton of disrupting material directly from the privileged insights that his film holds until the last scenes, yet that is a shameful move more than it is original screenwriting or filmmaking.