Opptrends 2021
Home Cars Honda is coming back to Super Bowl, but this time with its...

Super Bowl was and is always a good spot to advertise your product, and Honda especially knows this. How do we know? Well, the basic fact is that they will use this year’s Super Bowl (this will be the third year in a row) to advertise one of their cars, and this year it will be their redesigned 2017 Honda CR-V. Some other car manufacturers like Toyota and Mini (which advertised in Super Bowl 50) have already confirmed they will not be coming back this year, while Audi, Buick, Hyundai, Jeep and Acura (that also participated in 2016 Super Bowl ads) have not clarified their plans for 2017. Honda is, next to Kia, only automaker which confirmed an ad buy for Super Bowl LI.

“The Super Bowl is the appropriate stage to introduce America to the bold and sophisticated new Honda CR-V” this was the statement that Susie Rossick, assistant vice president of Honda auto marketing gave. She also added, “With the largest audience and reach of any single television event, the Super Bowl is a platform befitting the CR-V’s status as the best-selling SUV in America, and the perfect place to celebrate CR-V’s 20th anniversary”.

If you remember last year’s Super Bowl, then you know that Honda had a 60 sec commercial where they featured their Ridgeline truck with sheep singing Queen’s “Somebody to Love.” That ad was released on February 1st which was the Monday before the game. They made a “pause” in 2015 with no ads, but previously in 2014 they made an ad called “Hugfest” in which they comically promoted safety with Bruce Willis and Fred Armisen.

This Super Bowl will be the third one in which Honda’s CR-V was featured. First one was way back in 2007 and in that ad the CR-V traveled through a print issue of USA Today and popped up in photos that depicted a hurricane, an opera I believe, a football game and Mars as well. The 2012 ad showed the previous gen CR-V in a spot called “Matthew’s Day Off” in which Matthew Broderick starred, and it was basically a 1986 movie “Ferris Bueller’s Day Off” tribute. This year it will be something else and interesting for sure. The company is hoping to build up momentum for their redesigned CR-V, which went on sale December 21st with the model’s first turbocharged engine. As for the previous model is concerned it was sold in 319.557 units in the first 11 months of 2016, which translates into 1,6% increase in sales from the same period in 2015.

Honda states that its CR-V is “on its way to its best sales year of all time and will mark seven straight years of U.S. sales growth for CR-V and the model’s fifth year in a row of being the outright best-selling SUV in America”. Well done Honda! 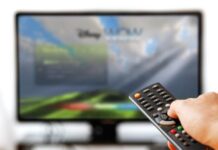 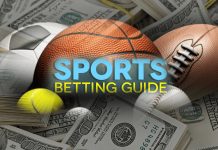