Top financial, consumer and property data provider CoreLogic reported that an average homeowner with a mortgage recorded a profit of $12,400 in home equity within the period of the third quarter of last year and that of 2018. The gain includes paying down the mortgage and price appreciation. These gains, however, are the smallest which stakeholders have had in two years and also down from $16,000 in annual gains in the second quarter.

Some places like Connecticut, Louisiana, and North Dakota recorded lower gains while the western states had more equity gains with states such as Nevada and California recording $32,600 and $36,500 respectively.

CoreLogic’s chief economist Frank Nothaftstated in a report that the average homeowners experienced an increase in the equity of their homes in this last quarter but not as much as that of the previous quarters. Furthermore, he added that the lower year-over-year gain shows the decrease in appreciation which is perfectly captured in the CoreLogic’s Home Price Index.

According to CoreLogic, home values were up to 5.4% annually in October, but the values were up to 7% a few years ago just to have drastically reduced recently.  At the beginning of 2018, mortgage rates began to rise and brought the bidding war which was fueled by the increased demand for real estate to an end. The high demand and very limited supply made the prices go up quickly at the close of last year. The prices were so high that affordability went as low as that of 2008.

By the start of June this year, the home values were beginning to cool off and went up again by the end of summer. More homes were listed in the market and competition became less intense.

According to Black Knight, the third quarter of 2018 had the sharpest drop in equity gain. The tappable equity which represents the amount which homeowners can cash out from their homes dropped quarter-quarter for the first time since the housing recovery began to take effect. The average homeowners had about $136,000 to draw down from $138,300 in the second quarter. By the end of Q3, approximately 43.6 million homeowners with a mortgage had tappable equity which is less than 43.8 million which was available in the Q2.

The executive vice president of Black Knight’s Data and Analytics division, Ben Graboske revealed that  currently in the market is a total of  $9.8 trillion in home equity, $5.9 trillion of this value is available for the homeowners  to draw from and the figure is $571 billion more than what was available in the Q3 of 2017.

Black Knight also had it in their report that the four cities which include San Francisco, San Jose, California, Seattle, and Los Angeles made up 2/3 of the net reduction in tappable equity. However, home values fell quarter to quarter making California accountable for about 75% of the decline in tappable equity.

Viktor Rybachuk, Co-founder of I Will Buy House agreed that all of those locations in the Black Knight’s report experienced a higher price appreciation than the rest of the country and drove the record values of total equity available for withdrawal. 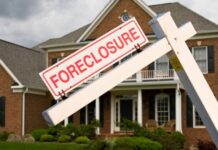 Foreclosures 101: How They Work and Why They Happen 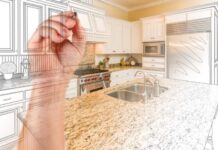 How to Renovate your Kitchen and add more Value to your Home? 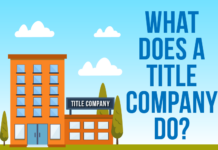 What do Title Companies Provide