Monday Night Raw on January 22nd is going to be a big one. The fans can remember Raw 1000 as it was one of the biggest in recent memory. The most popular guy in the company at the time and a beloved babyface CM Punk turned on The Rock in the main event of that show. It is hard to top that off.

But, WWE is going to try to do that on January 22nd which is the day when this company is going to celebrate 25 years since the debut of the Monday Night Raw. When you add to that the fact that this is going to be the go-home show for Royal Rumble, the second biggest pay per view of the year, you end up with a situation where a lot of fans are going to expect a big show.

WWE already announced that The Undertaker, Shawn Michaels, Kevin Nash and many other legends are going to be a part of this event. Guys like Randy Orton, one of the biggest superstars from the Smackdown Live, are going to be present as well.

We could be adding three more stars of the past to the list of legends that will make Raw 25 great. According to some reports, there is a chance that The Rock, Stone Cold Steve Austin and returning Hulk Hogan might be at the show.

As far as Stone Cold Steve Austin goes, he is the most likely out of these three to show up on this show. The Rock is far less likely as we all know that he has a pretty busy schedule.

The surprising person on this list is Hulk Hogan, a guy that hasn’t been on WWE TV for more than two and a half years because he was seen on private videos using inappropriate language. Right after that WWE cut ties with the Hulkster. 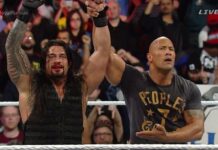