Hillary Clinton widened her lead over Donald Trump to 13 points from 10 points at the end of last week, according to the latest Reuters/Ipsos opinion survey released on Tuesday.

Last week’s poll showed 45% supported the presumptive Democratic presidential nominee while 35% supported her Republican rival. Clinton led most of the national online polls this year, according to Reuters.

On the other hand, the last Trump came close to matching Clinton’s popularity was in early May when Sen. Ted Cruz and Gov. John Kasich decided to drop out of the presidential race, which made the real estate mogul the presumptive Republican nominee. At the time, the leaders of the party started pledging their support for Trump.

However, Trump’s popularity among likely voters has been declining as he struggled to revive and refocus his campaign on the general election and to unite the Republican Party.  He has been facing criticisms over the past several weeks from his party leaders over different issues such as his racist comments against a federal judge, proposal to ban Muslims from entering the U.S., his position on immigration, and rejection of international trade agreements. 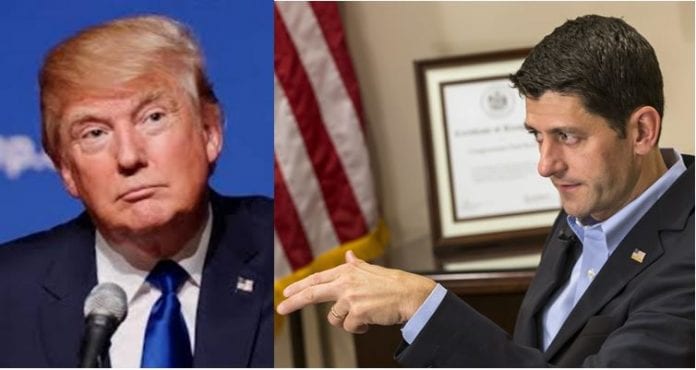 In fact, some Republican delegates formed a coalition to block his nomination at the Republican national convention in Cleveland. The “Anybody but Trump Coalition” is composed of “pockets of resistance” within the Republican Party. 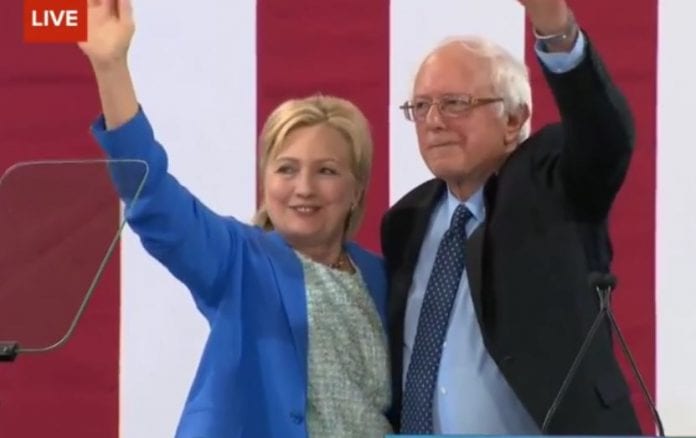 Sanders told the crowd, “I have come here to make it as clear as possible why I am endorsing Hillary Clinton and why she must become our next president. Secretary Clinton has won the Democratic nomination and I congratulate her for that.”

He added, “There is no doubt in my mind, as we head into November, Hillary Clinton is far and away the best candidate” to address the needs of the American people and the very serious crises confronting the country.

He promised everything he can do to make sure that Clinton would be the next president of the United States.