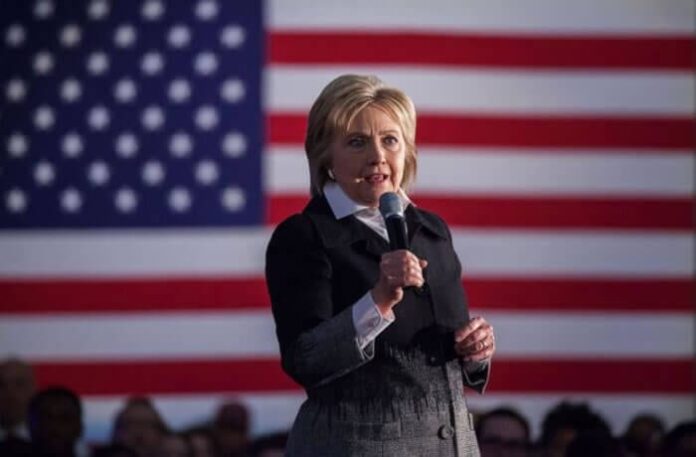 Democratic front-runner Hillary Clinton has a bigger chance of becoming the next President of the United States than Republican presumptive nominee Donald Trump, according to PredictIt, a real money political prediction market.

Donald Trump became the presumptive nominee of the Republican Party after winning the primary in Indiana, which prompted his rivals Sen. Ted Cruz and Governor John Kasich to drop out.

Clinton is still running against Sen. Bernie Sanders in the Democratic primary race. The Vermont Senator recently predicted a contested convention based on his belief that the former Secretary of State would not win enough pledged delegates to clinch the nomination of the Democratic Party.

Hillary Clinton “will need superdelegates to take her over the top at the convention in Philadelphia. In other words, it will be a contested convention,” said Sen. Sanders during a recent speech at the National Press Club in Washington DC.

Sen. Sanders is targeting superdelegates to switch to his side. According to him, “If I win a state with 70 percent of the vote, you know what? I think I am entitled to those superdelegates.”

Meanwhile, Clinton’s campaign is also actively reaching out to influential Republican leaders who were disappointed with Trump.

According to the New York Times, the efforts of Hillary Clinton campaign started when House Speaker Paul Ryan stated that he was “just not ready” to support the Republican presumptive nominee. They are also appealing to independents and Republican-leaning white voters, who were dismayed by Trump’s campaign strategy and policy proposals.

In a recent interview with CNN, Clinton said, “I invite a lot of Republicans and independents who, I’ve been seeing on the campaign trail, who’ve been reaching out to me, I invite them to join with Democrats. Let’s get off the red or the blue team. Let’s get on the American team.”