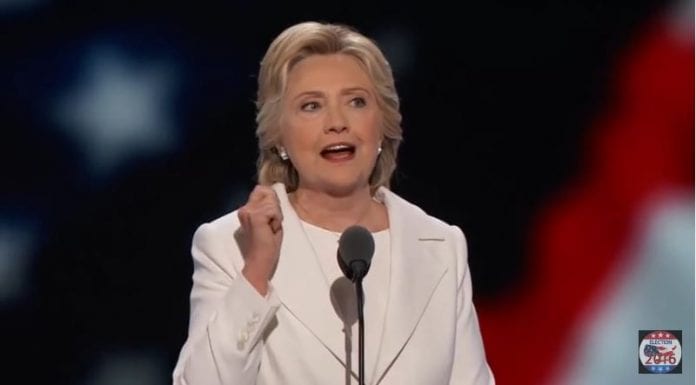 Hillary Clinton accepted the nomination of the Democratic Party with “humility, determination and boundless confidence in America’s promise” last night. She made history as the first woman to become a nominee for President of the United States.

Clinton says America needs all every one of us

In her acceptance speech, Clinton reminded Americans that the motto of the United States is “e pluribus unum: out of many, we are one,” and she emphasized that “Stronger Together” is not just a slogan for her campaign but a guiding principle for the country.

Clinton believes in her heart that it takes a village to fix the problems of the country and make the lives of everyone better. In other words, shared sacrifice is necessary to move America toward progress and prosperity.

She said we shouldn’t believe Donald Trump for saying “I alone can fix it” and his words should “set off alarm bells for all of us.”

According to Clinton, Trump is “forgetting every last one of us. Americans don’t say: I alone can fix it. We say: We’ll fix it together.”

“America needs every one of us to lend our energy, our talents, our ambition to making our nation better and stronger. I believe that with all my heart. That’s why Stronger Together is not just a lesson from our history. It’s not just a slogan for our campaign. It’s a guiding principle for the country we’ve always been and the future we’re going to build,” said Clinton.

Change both hearts and laws to drive progress

Clinton served the country as First Lady, Senator, and Secretary of State. According to her, all of those years doing public service, the “service” part comes easier for her than the “public” part.

She acknowledge the fact that although she’s been a public servant for a long time, some still don’t know what to make of her. Clinton said she is the kind of person who believes, “No one gets through life alone.  We have to look out for each other and lift each other up.”

Clinton also believes that “simply caring is not enough to drive real progress, you have to change both hearts and laws. You need both understanding and action.”

She is motivated to fight for change and to be the President for Democrats, Republicans, and Independents, for the struggling, the striving, and the successful—for all Americans.