Opptrends 2021
Home Entertainment High School Musical 4 – Is Vanessa Hudgens coming back for the... 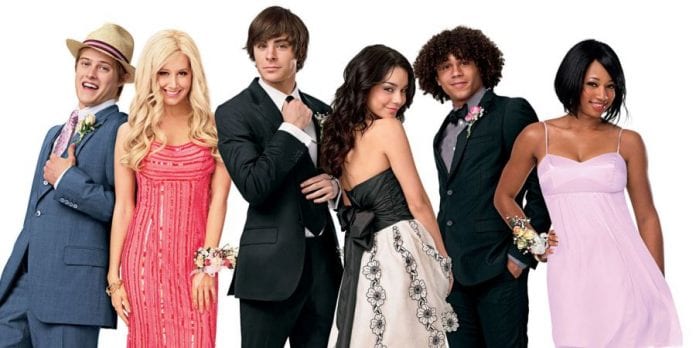 Our childhood has been marked by so many things, but one thing that has left one of the greatest marks for certain are High School Musical movies. For that reason, people are beyond happy upon hearing that High School Musical 4 is about to come out. New rumors suggest that Zac Efron is at the moment talking with Vanessa in order to convince her to work together on the next installment.

These speculations have most likely started to circulate when Zac Efron posted a photo on his Instagram profile with his former colleagues. He has expressed his gratitude for having an opportunity to work with these people and making some fantastic memories:

“So grateful I came across this picture… With the o.g. crew during one of the most cherished and exciting times of my life. Love you guys forever. #fbf,” this is what he wrote underneath the picture with Vanessa Hudgens, Corbin Bleu and Ashley Tisdale. This has led everyone into thinking that Vanessa is reprising her role in School Musical 4.

What’s more, it has been said that Zac and Vanessa are going to have a baby in the fourth sequel. So, the lead character in the upcoming movie will be the product of their love.

Ever since the film first appeared on the big screen, the army of its fans is growing stronger by the day. That is precisely the reason everyone is looking forward to Vanessa’s hopeful appearance in the High School Musical 4.

According to GamenGuide: “Zac Efron is reportedly going to be a basketball coach in “High School Musical 4” movie while Vanessa Hudgens will be a teacher and the adviser of the Glee club.”

“Other reports say that Corbin Bleu is also joining the former lovebirds in the upcoming fourth installment.”

The release date of the School Musical 4 is expected in 2018.