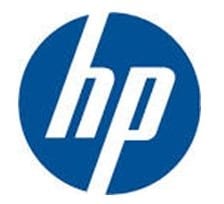 As per Phil Davis, head of Storage for Asia Pacific and Japan, Hewlett Packard Enterprise Co (NYSE:HPE), its success was because of the considerable investments it had made in the area. The previous year the organization declared that its suite of all-flash storage arrays, the 3PAR StoreServ Storage range would be priced at less than $1.50 per GB, which was less than the$2 per GB price it had announced in 2014.

As per Davis, New Zealand and Australia are in front in flash adoption in the Asia-Pacific area. Growth is also taking off in Hong Kong, Singapore and Japan. He believes this trend will become stronger in 2016.

The growth of flash storage is because of increasing consumer demand and the proliferation of flash. This has pushed up flash demand resulting in decrease in manufacturing costs.

Davis said that even though the organization has been split into HPE and HP Inc, there is no intention to decrease its growth in the storage space. This is at a juncture when the conventional, high-end monolithic storage market is decreasing while the mid-market storage space is experiencing rapid growth.

Davis has forecasted as the cost of flash keeps on decreasing, suppliers such as HPE will start to deliver more flash arrays compared to hard drives in the coming six months as flash will become quicker, better and cheaper compared to conventional hard disks.

Davis admits that HPE entered the market a bit late. It has competition from companies who were in the market for a relatively longer period of time. However the organization is not perturbed by the competition as it occupies a unique position in the market.

All the main competitors made major compromises on their products. Many of them acquired earlier startups. The issue with the latter is they are not compatible with the acquirer’s existing architecture. HPE spent considerable time to build their flash solution from scratch. They built it to be compatible with the rest of their 3PAR solutions. Hence HPE’s unique positioning in the flash market.