Harley-Davidson Inc (NYSE:HOG) has recalled 66,421 of its motorcycles, according to Autoblog. The Wisconsin-based motorcycle manufacturer has been facing certain technical issues with its Touring and CVO Touring motorcycles models, which were manufactured between July 1, 2013 to May 7, 2014. These two models released in 2014 have their front brake lines not installed in the proper manner which is the cause of few minor accidents.

Owing to the technical issue the affected motorcycles could come to a halt anytime while in motion and if the speeds are high the accidents could be very fatal. Harley-Davidson Inc (NYSE:HOG) got aware of the issue, when few customers, who suffered from the fault, claimed warranty. As of now, there have been reports of five crashes taking place and two injuries were reported as well, as per ABC News.

A different issue was faced by the company last year, in October, which was related to the hydraulic clutch system of the same model of motorcycles, and therefore had to be recalled. Due to this fault it was not possible for the users to disengage the clutch of the motorcycle, which made it difficult for them to slow down or halt when needed. The recall was made for 29,000 motorcycles and this is the second time a defect is noted in the same model.

Harley-Davidson Inc (NYSE:HOG) seeks to solve the problem for the current customers, who already own the defective models, and has asked them to get their bikes inspected by the local dealers. The dealers will take care of the defects and will provide free replacement of the damaged brake lines. They will also get the cable straps needed to hold the brakes in place for free as per the company’s instructions to its dealers.

“The safety of our customers is our highest priority,” the company’s general manager Tony Wilcox said. “We have identified potential safety issues and are moving quickly to notify out customers and dealers.”

Wilcox apologized to the customers, and highlighting the severity of the defects he added that the sooner they get their bikes inspected and repaired, better will be for them. The executive said that the company always takes pride on providing delight and satisfaction to customers, and aims at providing them with superior quality goods and services and enhancing their user experience. 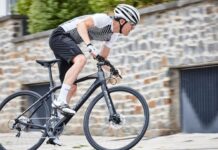 5 Reasons To Buy A Hybrid Bike For Commuting 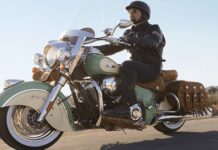 Is There a CarMax for Motorcycles? 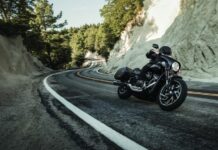 The Benefits of Buying a Used Harley Davidson