Halloween, according to a lot of people, is one of the most fun and interesting holidays that currently exist. And this doesn’t come only from kids, because as far as we know, a lot of adults love Halloween as well. There’s just something special about the atmosphere and all of the vibes that make us enjoy celebrating this day so much.

If you live in a country where Halloween is not celebrated, let us give you a brief introduction about what it is all about. This celebration takes place across many countries worldwide, and it is set on the night of 31 October. The way people show their appreciation for this event is by dressing up in costumes, usually spooky ones, and they go trick or treating in the neighborhood.

What is “trick or treat”?

Trick or Treat is the name of the “act” where people, usually toddlers and younger teenagers, knock on the doors of all the homes in the neighborhood dressed up in spooky costumes, and they expect to be given a treat, such as candy or chocolate. If the owner of the house doesn’t open the door, or they don’t give the tricksters a treat, they are “allowed” to perform some kind of mischief on the owner’s house. A few examples include wrapping their front door in toilet paper or covering their entire backyard in confetti.

What about the costumes?

You are probably already intrigued by the theme of this holiday, and you’re wondering what you should wear for the next year’s Halloween. Well, that’s exactly what we’re here to help you with, so if you’ve run out of ideas, or you’re simply curious to hear what we have to say, feel free to continue reading until the end. Let’s take a look at some top choices.

Being dressed up as a witch is probably the most symbolic move of Halloween, however, you will run into tons of other witches as well, which means that your costume won’t really feel that original unless you do a completely custom-made one. A witch is a great idea and all, but there will be a lot of other people who will have the same dress like you, and that removes the originality factor. It’s quite easy to make though, so if you are completely out of any other ideas, why not give it a try?

If you are even slightly into “spooky” stuff, there is no chance that you haven’t heard or seen the image of the iconic Jason Voorhees. The movie Friday the 13th was a great hit, and it is still one of the best horror movies that you can watch nowadays. Believe it or not, people love making costumes just like the one Jason has in the films, and we think that it is a great idea for the Halloween event. It is not that difficult to make since all you need is a pair of older clothes, a ski-mask, and a fake plastic machete. The look itself is spooky and good looking, so definitely consider this as an option.

Being a skeleton dinosaur

We’ve all heard stories about how big and scary dinosaurs were, but imagine how scarier it is to see a huge skeleton dinosaur, headed directly towards you. Well, if you don’t want to experience that, you can become the dinosaur. The good old “if you can’t beat them, join them” saying finally starts to make a lot of sense. All jokes aside, being a scary dinosaur for Halloween is a pretty great idea, so feel free to visit mydinosaurs.com and get your top-notch costume today.

Another extremely popular character from a horror movie, you’ve surely heard about this one before. The name is Samara, and she comes from a much-known movie called “The Ring”. She is also referred to as “the lady that comes out of the well”. She also comes out of TV’s in order to grab her victims, but the part with the well seems to be a lot creepier for many. Samara managed to get onto our list of top costume picks because it is very easy to replicate her look. All you need is a big white dress and a wig that makes your hair look exactly like her, and you’re ready to scare people off their minds.

Creating your own custom character

There aren’t any rules on Halloween, so you are completely free to do as you wish. Your costume can be completely self-designed and you don’t have to be a popular character from a TV show or a movie. Design your own costume, and you’ll save a lot more money this way. Besides, people will appreciate your originality, so you might even win a costume competition.

There are scary video games as well, and you don’t really have to be a movie character if that’s not what you want. Chances are that your costume will be more recognized if you chose a character from a movie, but that should stop you from dressing up as your favorite scary character from a video game. Maybe Chris Walker from Outlast? Or Jeff the Killer from Illusion? It’s completely up to you.

With the recent release of the latest chapter of IT, a lot of people are now really familiar with Pennywise, the Dancing Clown. If you ask us, this is probably the best option to go for if you want to be recognized and have a costume that looks absolutely great. Make sure to watch both “IT” films beforehand, so that you know exactly how Pennywise looks like. You might also want to purchase all the accessories, such as a couple of red balloons, which happen to be the signature items of Pennywise.

Since this character is pretty popular, you can order this costume on the internet, or you can spend a bit of time and effort in order to make it yourself. There are advantages and disadvantages to both ways, so it is up to you on what you’re going to choose. We always prefer to see original, custom-made costumes, but if you don’t have the time or materials, feel free to purchase it. 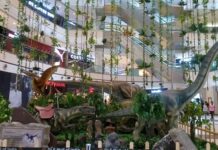 Dinosaur Walking In the Mall? 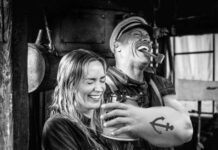 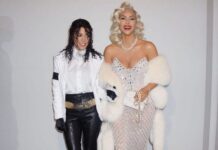