Is growing hair actually that horrible? According to a lot of female Instagram users, the answer is ‘No!’ Nowadays, hairy armpits are in the spotlight on the social media. But is it a female liberty act, or just attention seeking on Instagram?

Female celebrities such as Lady Gaga and Julia Roberts used to fill the newspaper with their hairy underarms. They provoked holler, since unshaven means unfeminine, unhygienic, unclean.

But now, Miley Cyrus and Madonna are not the only ones who are proud to show their bushy underarm. People can now share their personal choices with the public via social media, and female Instagram users publish photos of their fuzzy armpits in order to celebrate being free from razors.

They promote the opinion that women don’t have to be hairless so people could say that they are flawless. Just let it grow! During the 20th century, unshaved underarms were always a political statement, just as burning bras. Punk rock and feminism pushed the boundaries of accepting the female body. Nonetheless, female body hair debate is fired up once again.

Shaving or keeping body hair has always been a matter of culture and custom during the mankind history. According to Seneca the Younger, that was pretty common in ancient Rome. In Islamic countries, man and women shave their underpits so that they would follow religious guidelines of cleanliness proposed by Muhammad. Now, it’s normal that women are shaving their underarm hair. But as for men, this practice is less common. However, in the Western culture, men are more and more often deciding to remove their underarm hair, because of aesthetics.

However, feminist activists assert that when it comes to deciding what to do with your body, men have always had more freedom. Hairy underarms are exposed to view to say “the hell with patriarchal society.” They stress that the hairless trend is plotted by masterminds of male marketing. Women weren’t concerned with removing their underarm hair until the sleeveless clothing rose in fashion and safety razors introduced at the turn of the 20th century. This embodies the classic dilemma of hen-or-egg since the female clothing in the 19th century was much less revealing. Nonetheless, in the Old Master paintings, Venus isn’t all natural, and it’s debatable whether parading body hair helps women in achieving the main aim of feminism – equal treatment.

Different people need different things. Whatever makes you feel comfortable, you should do it. No doubt, it’s women’s decision if they want to have hair or not. The best way to see that is to get rid of razors for some time and see how it feels to be all natural. That shouldn’t be a trend, but a personal choice. Body hairs release some pheromones that attract potential partners. Think about the idea and see whether you can do it yourself. 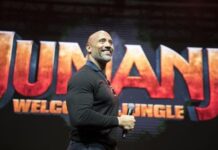 You Won’t Believe How Much Dwayne Johnson Makes Per Movie 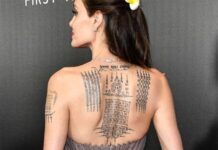 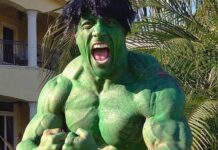 39 Celebrities Put on a Show – These Halloween Costumes Look Amazing