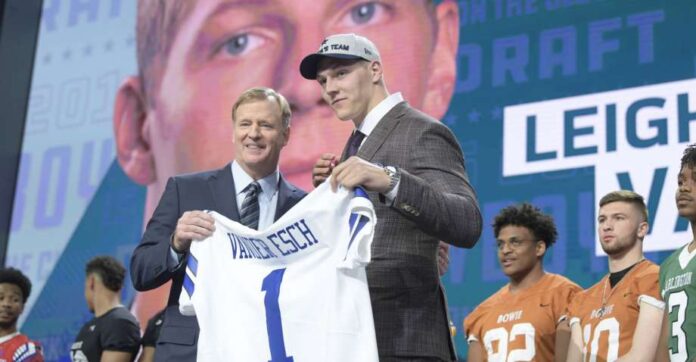 Looking at Dallas Cowboys most pressing positional needs and the players that were left on their board after 18 teams picked, it comes as no surprise that they selected LB Leighton Vander Esch. The name of former Boise State linebacker was in the mix for Cowboys top pick for some time now. Although draft had a couple of surprises, some of the other player’s Cowboys were eyeing weren’t already taken before their No19 pick.

In the end, LVE is a good choice. But things could go differently. Florida State safety Derwin James was still on board after 16 teams picked. But, Chargers took him at 17 just two spots before Cowboys. Things would be different if America’s Team lost to Eagles in the last week of 2017. But, they won, and lost an all-around player that James is. 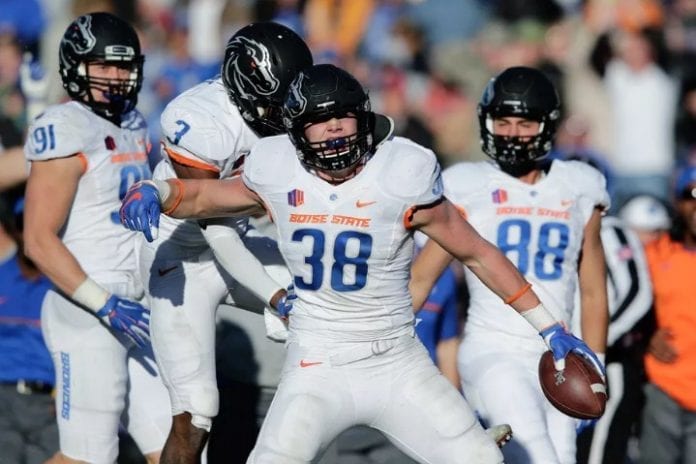 On the other hand, Vander Esch has a lot to offer and a big upside. If only a part of his comparisons to Brian Urlacher turns out to be right Cowboys did a good job of selecting him. LVE is a linebacker capable of playing on all three downs and in all three positions. Rotating him with Smith and Lee during the first season would be ideal for his development.

Looking at how the first round of draft panned out Cowboys were smart to pick LB and not a WR. The first receiver who came out on stage was D.J. Moore selected by Carolina Panthers at 24. Day two will probably be full of WR selections. Comparing LVE quality with what WR class offers picking him was a right decision by Dallas Cowboys front office. After filling the LB corps America’s Team will now look to draft WR, OT, and safety. Also, there are rumors that Seahawks are looking to shop Earl Thomas for a second round pick. Cowboys could jump on this opportunity.

Grading Leighton Vander Esch as a pick, we are giving him a B. He’s a solid choice, and will set up Cowboys good for the rest of the draft.