Google’s driverless cars may have been having accidents, but it is very rare for the car to be the one at fault or for the damage to be a big deal. The opposite was the case in the accident involving Lexus self-driving with a commercial van where Google’s car sustained damage that is quite major.

From all indication, the van been driven by a human was at fault in this instance. Regardless, the accident is rated to be the worst the self-driving cars have been involved in. in the aftermath of the accident, Google’s Lexus right door was rammed in with one or two windows broken in the process.

The accident was said to have taken place in California, along Mountain View where you have Calderon Ave and W El Camino Real. The good news is that there was no casualty and during the crash, the airbags in the car were all deployed.

A witness who saw the event unravel said that she was only able to see the latter part of the clash and the Google employees who were looking dazed sitting somewhere in wait for the tow-truck to arrive before she zoomed off.   It is the opinion of this witness that Google’s self-driving car was not at fault and blamed the whole incident on the commercial van.

Google is yet to make a statement about the accident and attempts to have them react to the incident have not proved effective. If Google would want to make a public statement on it, later on, we are thinking they will do it as they are launching the self-driving cars by the end of September. That will give it ample time to file all the paperwork that is necessary which will be needed with the DMV.

In the beginning of the year, the company’s self-driving car recorded it first accident that it was at fault that involved a bus as well as a Lexus vehicle. The funny thing is the accident seems to have happened in the same area of El Camino Real.

Update: Google has made a statement saying that their vehicle which was traveling on Phyllis Avenue in the area of Mountain View when another vehicle that was heading towards El Camino Real while running on red light collided with their car and affected the right side of it. The company noted that their green light was on for not less than 6 seconds before deciding to enter the intersection. Google while noting that there are a huge number of accidents that occur on the roads of U.S. on a daily basis, also pointed out that red-light running vehicles were mostly at fault. They said that this was why they are resolute more than ever to have self-driving cars that will not involve humans so that the roads can be safer for all. 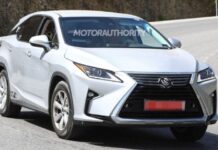 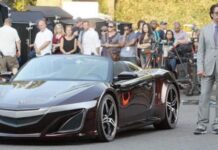 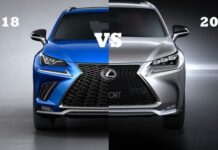