Andy Rubin, the former chief of Android software unit of Google Inc (NASDAQ:GOOG) is leading the robotics project. Over the past several months, the search engine giant quietly acquired robotics and artificial intelligence startups in the United States and Japan to achieve its objective create next generation robots.

In a post, Larry Page, CEO of Google Inc (NASDAQ:GOOG) said, “I am excited about Andy Rubin’s next project. His last big bet, Android, started off as a crazy idea that ended up putting a supercomputer in hundreds of millions of pockets. It is still very early days for this, but I can’t wait to see the progress.” Page included a link to a New York Times article featuring Rubin’s endeavor in robotics for the search engine giant.

The Android operating system surpassed the market share of iOS from Apple Inc (NASDAQ:AAPL). It is now the king of the global smartphone market with 81% share, according to the latest report from International Data Corporation (IDC).

Rubin convinced Google’s co-founders Larry Page and Sergey Brin to invest in robotics. According to Rubin, the seven companies acquired by the search engine giant are capable of creating technologies necessary to build mobile and dexterous robots.

Google Inc (NASDAQ:GOOG) aims to create robots for the manufacturing and logistics market untapped by the current robotics technologies. According to Rubin, the initial office of the robotics group will be located in Palo Alto, California, and another office in Japan. He already started hiring experts in robotics and bringing in some of the search engine giant’s programmers to help in the project.

Rubin started his engineering career in robotics. He previously worked as a robotics engineer for Carl Zeiss, a manufacturing company in Germany. According to him, he envisioned the possibility of a commercial effort in robotics for more than a decade, and he just realized recently that different technologies are now mature to create new types of automated systems for commercial use. 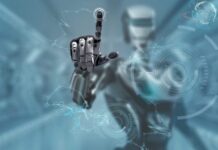