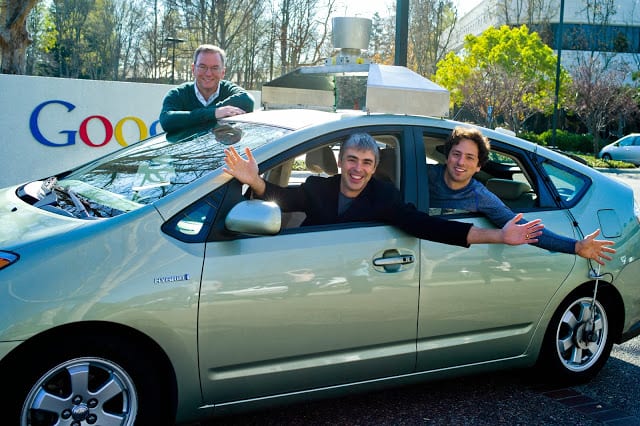 The Class A (GOOGL) and Class C (GOOG) shares of Google increased 16% today. The search engine giant’s Class A shares closed $699.62 per share.  The stock gained more than 31% in value year-to-date.

Walter Todd, chief investment officer at Greenwood Capital Associates told Bloomberg, “This is a pretty decisive breakout to the stock after it’s been range-bound for a while. It’s a good feeling. The move in market cap is just insane.

Google co-founders Larry Page and Sergey Brin became wealthier by around $8 billion. Each of them added around $4 billion to their individual fortunes today. 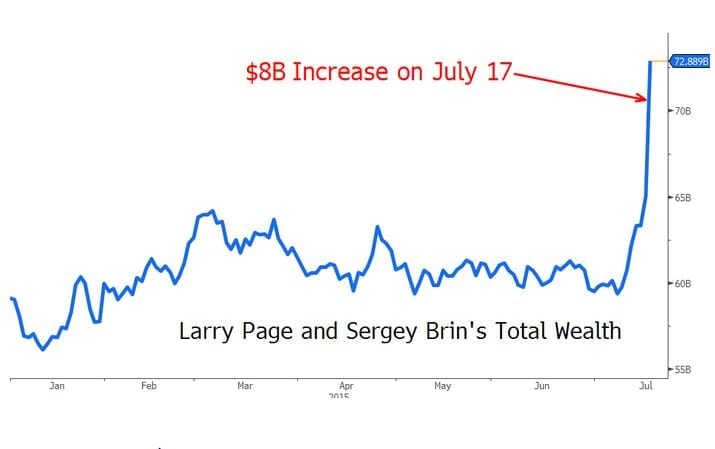 Google Chairman Eric Schmidt’s fortune increased 22% or $1.8 billion to $10.1 billion this year. He owns 1.3% stake in the search engine giant.

“People should take away that Google is a stronger and healthier company than what the Street had previously understood. Both Google and Facebook are benefiting from these secular growth trends, which is really moving advertising dollars online from offline. There’s still plenty of growth left for both companies,” said ,” Colin Sebastian, an analyst at Robert W Baird & Co.