Google Street View has helped in revealing the fleeing lady who was later charged by the court for stealing washing-up goods worth £60 from a store.

To Tammy McIvor, the culprit, she taught she had successfully gotten away with the goods from a discount chain and a branch of Savers located at Middlesbrough in North Yorkshire.

She could have gotten away with the crime save for the IT worker that came across images of the 30-year old making away with the stolen goods.

She was caught on camera while shots of the streets were being taken which showed her coming from the store with her bag of stolen goods.

When a staff of the store chased after her, she was seen running away without being caught. The store bosses did not succeed in finding out who she was.

Although it was difficult to tell who she was from the images, it was not difficult for the Cleveland Police who identified her from the outfit she was wearing before getting arrested.

It was while Peter Darby, the IT worker was killing time online that he saw the images of McIvor fleeing with the goods and appearing to be up to no good.

When she appeared before the Teesside magistrates, she pleaded guilty and was handed one-year community order that also requires that she undergoes drug rehabilitation.

McIvor was in 2013 jailed for a burglary that involved 2 properties in just one night, used another person’s name to escape trouble and also for taking drugs into the prison. She was told by the judge to avoid influence that causes her to get involved in crime and drugs.

A friend to McIvor claimed she is harmless, but gets into shoplifting many times. She also noted that many shops in Stockton and Middlesbrough have taken note of her but had never had luck at catching her like the last occurrence.

With cars that are equipped with Google’s camera, a rural and urban map of the world can be taken and accessed by anyone in part of the world.

Google has, however, since 2008 been blurring peoples’ faces out so as to protect their identity.

One Darby from Lancashire said that he has seen a lot from this technology made possible by Google camera with the latest arrest of McIvor being the best for him so far. He said that he followed up the action from the street but at a point could not tell if she was arrested or not. He added that it was unfortunate on the part of McIvor to be making away with stolen good just when Google’s camera was passing. 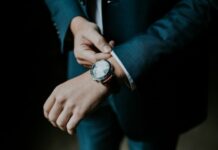