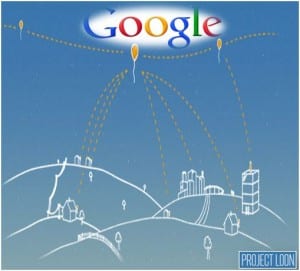 The Indian government, through the Minister of Communications and Information Technology, Ravi Shankar Prasad, has said that it will allow Google and Microsoft Corporation (NASDAQ:MSFT) to run pilot projects of their much-hyped internet connectivity projects. The minister said that after a thoughtful consideration, the government had decided to let the telcos run their projects India as part of allowing an increase in the reach of the internet in the country.

However, the minister was quick to add a caveat that the projects shall only be allowed to be implemented in full after the government is satisfied with the results of the pilot project with regard to the security needs of India.

Google and Microsoft have been pressing the government to allow them to run their separate projects which are aimed at providing internet services to remote areas in India. Google runs the Project Loon while Microsoft owns Project White Spaces. Both projects are at the trial phase in India. The companies have been optimistic that the Indian government will speedily allow them to implement their projects.

But going by the sentiments of the minister, it is clear that the government is intent on placing key safeguards in place before allowing the companies to fully implement their projects in India.

According to the minister, the key issue is that the government is concerned with the possibility of the projects not being consistent with the security requirements that have been established for the country.

Although the government is enthusiastic on allowing such projects into the country, it seems to be hell-bent on ensuring that the projects adhere to all the legal and regulatory requirements that are in place. This explains why the government has allowed Google and Microsoft to run their projects at the pilot phase so that it can develop the most appropriate policies based on the results of the experiments.

On the other hand, Google’s Project Loon is based on the idea that internet connectivity in remote areas can be greatly increased by the use of balloons that can beam data to remote areas. The balloons are designed to travel through an area that borders space from where they shall send bandwidth to the ground.

Is that Email from Microsoft? – Check your Sender