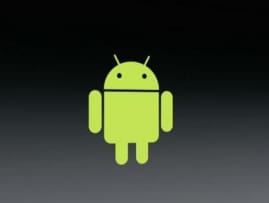 The same company that opened up literary millions of phones to the Android OS, will now help you to find the right android phone for you among the millions of smartphones out there that feature Android OS. Google Inc (NASDAQ:GOOG) has been secretly testing a recommendation feature that helps users find a best Android phone based on their needs.

Google Inc (NASDAQ:GOOGL) has been experimenting with its little tools every now and then. Whether it is the new Google Doodle you see almost every day or a potentially new product that is still in beta labs, these apps never cease to surprise us. This continuous innovation at Google Inc (NASDAQ:GOOGL) often brings out something good. For example, the Person Finder program. Google developed this “Person Finder” page to make it easy for the relatives of the victims of natural calamities to find their loved ones. At other times, it is the weather forecast or share market update. Google Inc (NASDAQ:GOOGL) knows the impact of the information it presents to its user.

The New Feature: Which Phone

This time, the company has tried to create what looks like a “fun” feature of Android phone recommendation. On the new page called “which phone” that is available on the Android website, the search engine giant has tried to search a right android phone for you.

This feature, which is still in testing phase, asks you to pick up the three most frequent tasks you use your Android phone for. These tasks include; taking photos, listening to music, being productive, social media, gaming, watching videos, being on the go, staying fit, texting, talking, web-browsing and expressing my style. After the user selects three activities, the site presents a few choices. Based on these choices the program recommends three handsets for you.

Although, this seems to be a great feature, it still appears in testing phase. Almost, every time it shows some fixed handsets like LG G4, Samsung Edge and a wild card. There is an option for US users to select a carrier. For now, the feature is nothing more than a test. Google Inc (NASDAQ:GOOGL) might benefit by changing its algorithm for this feature to provide true recommendations.