Google Inc (NASDAQ:GOOG) removed Virus Shield, one of the paid app on Google Play due to reports that it is a fraud. Since its availability on the market, as much as 10,000 people downloaded and paid $3.99 for the app hoping that their Android smartphones will be protected from malware, spyware and viruses.

Virus Shield received a 4.7 star rating from 1,700 users and 2,607 users recommended it, which lifted the alleged scam app to become one of the leading paid app listed on Google Play.

Many people were lured to buy the Virus Shield because of its claim that it has the ability to prevent the installation of harmful apps on their device, protect users personal information, scans apps, settings, files, and media in real time. It even boasted that it has a low impact on the battery life and it is capable of blocking advertisements.

Michael Crider of Android Police exposed that Virus Shield is a fraud after discovering that it does not work as it claims. According to him, when you tap the app, the only thing it does is switching from the X mark to a check mark.

“There’s just one problem: it’s a complete and total scam…We mean it’s literally a fake security app: the only thing that it does is change from an “X” image to a “check” image after a single tap. That’s it. That’s all there is, there isn’t any more,” wrote Crider.

He added that Virus Shield “is such a brazen and expensive fake that we felt the need to give it some special attention. It’s somewhat disheartening that an app so obviously fake could rise to the top, especially considering that it’s paid, and possibly hundreds or thousands of people have been defrauded already.”

Last week, Trend Micro, a security research firm reported that two Android apps called Song and Prized are integrated with cryptocurrency mining capabilities. These apps mine digital currencies such as Bitcoin, Litecoin, and Dogecoin while the phone is charging.

The security research firm explained that cryptocurrency mining is one of the features of a new Android malware family called ANDROIDOS_KAGECOIN.HBT, which makes the life span of a phone and tablet shorter.

“Users with phones and tablets that are suddenly charging slowly, running hot, or quickly running out of batteries may want to consider if they have been exposed to this or similar threats. Also, just because an app has been downloaded from an app store – even Google Play – does not mean it is safe,” according to Trend Micro. The security team of Google Play were already informed about the apps. 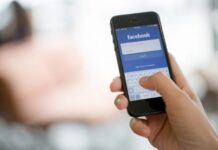 Facebook boasts of many benefits its Analytics has for developer, others