Google Inc. (NASDAQ:GOOG) (NASDAQ:GOOG) announced the addition of PayPal, the payment service of eBay Inc (NASDAQ:EBAY) as a payment method on Google Play to boost its sales growth and to make it more convenient and easier for people worldwide to purchase apps, books, devices, games, magazines, movies, and music.

Google Pay product manager, Ibrahim Elbouchikhi, product manager of Google said consumers in 12 countries including Canada, Germany and the United States have the option to pay using their PayPal accounts.

“When you make a purchase on Google Play in these countries, you’ll find PayPal as an option in your Google Wallet; just enter your PayPal account login and you’ll easily be able to make purchases. Our goal is to provide users with a frictionless payment experience, and this new integration is another example of how we work with partners from across the payments industry to deliver this to the user,” said Elbouchikhi in a blog post.

According to him, the sales of apps and games of Google Inc (NASDAQ:GOOG) (NASDAQ:GOOGL) on Google Play increase more than 300% over the past year, and the search engine giant is hoping that adding PayPal as an option could drive that momentum.

The search engine giant said carrier billing, which allows people to directly charge their purchases on Google Play to their phone bill remains popular among consumers. Google Inc (NASDAQ:GOOG) (NASDAQ:GOOG) expanded the service in seven more countries including Singapore, Thailand and Taiwan. Carrier billing is now available in 24 countries. Google Play gifts cards are now available in 13 countries including Germany and Japan. Its buyer currency support was also expanded to 28 new countries and its support for local developers to sell apps on Google is now available in 45 countries.

Separately, Google Inc (NASDAQ:GOOG) (NASDAQ:GOOGL) acquired Quest Visual, the developer of Word Lens app to improve Google Translate. The app translates printed words it sees from a smartphone came from one language to another.

The acquisition was announced by Quest Visual in a blog post today. The Word Lens app developer wrote, “With Word Lens, we’ve seen the beginnings of what’s possible when we harness the power of mobile devices to “see the world in your language. By joining Google, we can incorporate Quest Visual’s technology into Google Translate’s broad language coverage and translation capabilities in the future.”

Quest Visual did not disclose the terms of the deal. According to the startup, it will make Word Lens app free to download for a limited time as a way to express its appreciation to everybody who supported their journey and as it transition to Google Inc (NASDAQ:GOOG) (NASDAQ:GOOGL). Word Lens is available for devices powered by the Android operating system and iOS. 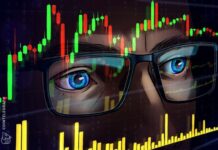 7 Cryptocurrency Trends In 2022 Every Trader Should Know 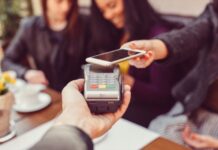