Matt Brittin, the current President of EMEA Business and Operations at Google or recognised mostly as Google’s European boss told MPs that he could not disclose how much he earned because he wasn’t aware of the figure. Appearing before the public accounts committee following a controversy over 130 million pounds as back taxes that attracted a lot of public attention, Britton declined to disclose his earnings.

Saying that he would “happily” reveal it “if it’s a relative matter for the committee”, he began the session, chaired by Meg Hillier, who responded with surprise – “You don’t know what you get paid, Mr Brittin?” , as peals of laughter broke out in the room.

Brittin informed the committee that he understood the anger of the public when it was reported that the tech giant paid just 3% tax, but corrected this claim by saying that they were paying 20% tax instead. Executives from Google also disclosed that the firm was paying 112 million pounds in tax and an interest of 18 million pounds for a period of 10 years, on top of the taxes.

During the session, MPs also questioned Google’s decision to set up its base in Ireland to the serve the purpose of taxes, in congruence with the accusation that the company was just paying 3% tax, as reported. The National Audit Office and the European commission was also asked to investigate these claims.

Google answered by citing a radical change in the company’s employment structure – while it was previously employing just 160 people when the investigations began in 2005 in the UK; currently, that number had increased to 4,000 for headquarters at King’s Cross whose total value was estimated at 1 billion pounds.

Under this supposed tax deal that Google has decided over, it has agreed to pay tax on future revenues from advertisers along with that on the profits that it made. The deal would also keep it beyond the reaches of the Diverted Profits Tax.

The officials of the HRMC were also questioned. The head of HRMC, Dame Lin Homer, said that he was a novice when it came to matters of taxes but her fellow six tax commissioners were informed on the topic. She also said, that if presented with proper documentation, they were willing to reopen the inquiry. 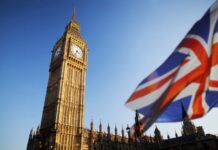 6 Reasons why you would want to Live in the UK