Opptrends 2021
Home From The Press Google CEO Pichai: We Must Support Muslims, Other Minority Communities 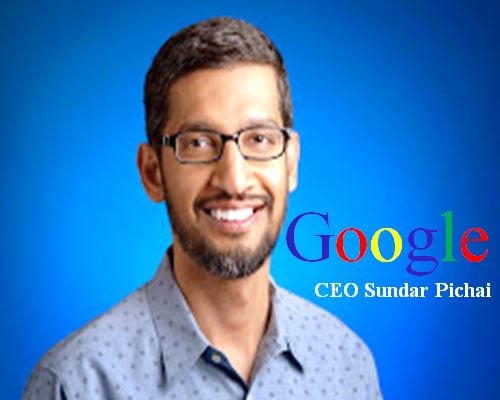 Google CEO Sundar Pichai encouraged everyone to support Muslims and other minority communities, and not to allow fear defeat their values. He voiced out his position after Republican presidential candidate Donald Trump proposed a ban on all Muslims entering the United States.

In a blog post Pichai wrote, “Let’s not let fear defeat our values. We must support Muslim and other minority communities in the US and around the world.”

According to the Google CEO, it took him a lot of consideration whether to publish his position regarding the issue.

“I debated whether to post this, because lately it seems that criticism of intolerance just gives more oxygen to this debate. But I feel we must speak out — particularly those of us who are not under attack. Everyone has the right to their views, but it’s also important that those who are less represented know that those are not the views of all,” wrote Pichai.

Pichai says “America is a country of immigrants”

Pichai came to the United States from India 22 years ago. Like millions of other immigrants, he believes that America is the “land of opportunity.” According to him, “America provided access to opportunities that simply didn’t exist for many of us before we arrived.”

He added America is not just about opportunity. He said the greatest strengths and most defining characteristics of the country are open-mindedness, tolerance and acceptance of new Americans. Pichai pointed out that the country’s characteristics are no coincidence because America is a “country of immigrants.”

Pichai said it is “so disheartening to see the intolerant discourse playing out in the news these days — statements that our country would be a better place without the voices, ideas and the contributions of certain groups of people, based solely on where they come from, or their religion.”

Furthermore Pichai pointed out that Google is an “exciting and a special place to be” because of its diversity. According to him, the search engine giant has a vibrant mix of races and cultures, and every person has a different voice, perspective, and story to tell that allows them to do great things.

Moreover, Pichai said they are working urgently to become much more diverse at Google for its future success. He strongly believes that “a diverse mix of voices and backgrounds and experiences leads to better discussions, better decisions, and better outcomes for everyone” whether you are building a company or leading a country.

Pichai became the CEO of Google in October when the company completed its reorganization. Google is now operating as a subsidiary of Alphabet Inc (NASDAQ:GOOGL) (NASDAQ:GOOG).

Trump calls for a ban on all Muslims entering the U.S.

The billionaire real estate developer made the proposal after the mass shooting by a Muslim couple in San Bernardino, California. Fourteen people were killed and 22 others were injured in the Islamic, extremism-inspired terrorist attack.

Trump emphasized that Muslim people have violent hatred towards Americans based on a polling data. He added that the United States” cannot be victims of horrendous attacks by people that believe only in Jihad, and have no sense of reason or respect for human life.”

According to Trump, the ban is necessary until we determine and understand the problem [Muslims’ hatred toward Americans] and the “dangerous threat it poses.”

Trump’s proposal received negative reactions worldwide. The top leadership of the Republican Party disowned him. House Speaker Paul Ryan said Trump’s comments are “not who we are as a party” and “not conservatism.” Senate Majority Leader Mitch McConnell said Trump’s anti-Muslim proposal is “completely inconsistent with American values.”