DeepMind is now able to learn new things based on knowledge it already has. This brings about a radical change in the playing field for Google’s artificial intelligence.

This kind of artificial intelligence is not only capable of learning. It can even teach itself based on date that it has already acquired. A technology called Differential Neural Computer makes all these things possible. This system utilizes a smart artificial intelligence and a neural network which can rapidly analyze data together with the storage capacity of traditional computers.

Two researchers had written about DeepMind on their official blog. They said that this artificial intelligence not only can store complicated data just like regular computer but it can also learn things from previous information it had already acquired. It works almost exactly like the human brain. Nodes are linked together forming a network which triggers certain data centers necessary to perform certain tasks. The AI optimizes these nodes in order to arrive at the best solution to get the desired results. After some time, DeepMind shall be able to accumulated enough data which makes it more skillful in finding the right answers or solutions that it ever was before.

Here are a few examples from the design team of DeepMind. This will help us better understand how this AI works. This are situations wherein the DeepMind AI was able to provide information that only the human brain can provide. It was able to determine connections in a family tree after having learned about the relationships involved. This breakthrough caused the memory of the AI to quicken and it became easier for others to get information after that.

In another situation, the DeepMind was able find additional directions after it had been given the fundamental details of underground public transport system in London. With these examples, you can now see that the DeepMind AI was able to get an answer to some questions by looking into a previous experience. It was even able to defeat a human being in a certain game called “Go”.

Despite this overwhelming achievement in computer technology, the DeepMind artificial intelligence still was not freed from criticism. There are different opinions about its creation. Some researchers consider it an avant-garde in artificial intelligence. They are quite enthusiastic to see that this AI might one day become a learning and thinking machine just like human beings. Others, on other hand dread this possibility and consider the DeepMind as a threat just like that in the movie, “Terminator”. 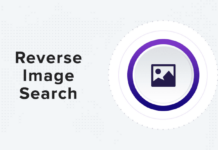