All of us can clearly remember the great disappointment we felt when we found out that Girl Meets World Season 3 would be the final season of the series. However, rumor has it that the sequel might be produced as well.

Namely, several recent reports suggest it’s not all over and that the story of this one could be continued. It is possible that the renewal of the show for the fourth season might be announced in a few months. The creator of the series, Michael Jacobs seems to have said this in an interview, as well as that the renewal arrangements are up with other networks. Nonetheless, nothing has been officially confirmed yet.

Jacobs seems quite displeased with the cancellation of the show. Disney Channel made this announcement at the beginning of this year. Although Jacobs hasn’t said anything on the removal of the show at the time being, he seems to be starting to reveal his thoughts now.

According to The Wrap, Jacobs stated in January that he didn’t agree with the decision on cancellation. He added that he thought it shouldn’t have been removed, especially because they had already signed to do four seasons. He was sure they would be able to tell stories through all the chapters and that that was the road they followed.

Furthermore, he said that final season of the show was supposed to be outstanding. However, he added that there were some other networks which were interested in picking up the show.

Nonetheless, it seems that it won’t be Netflix, as it’s been confirmed by our source. The reason why the streaming giant refused to pick up the show remained unrevealed. Still, there could be some other platforms which show interest for Girl Meets World.

Finally, as far as the reason for Disney’s canceling the sequel is concerned, it seems to be the change of the storyline. Namely, the series appears to have decided to include more mature stories, and this might have been an issue for this child-friendly network. 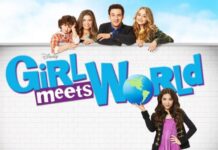 Girl Meets World Is Over: No Season 4! 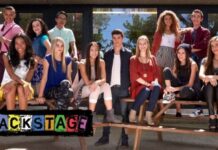