Activist investors are definitely busy targeting companies they believed to be an attractive investment, but under-performing and the shares are undervalued. They demand certain changes within the company such as removing certain members of the board, sale or spin-off certain business units, or an increase in dividend or shares buyback.

Some of the companies currently under pressure by activist investors include Apple Inc (NASDAQ:AAPL) and eBay Inc (NASDAQ:EBAY) by Carl Icahn,

Some people inside General Electric Company (NYSE:GE) believe that the multinational conglomerate led by Jeffrey Immelt is the next target of activist investors as reported by Fox Business Network.

The report indicated that Immelt invited Peltz to discuss with the senior management of General Electric Company (NYSE:GE). A spokesperson for the company confirmed that the meeting occurred in August last year, and the discussion was about the markets broadly, not about GE.

However, people familiar with the meeting told the Fox Business Network that Peltz discussed about shareholder activism, and he specifically talked about what an activist investor might demand from the management of General Electronics Company (NYSE:GE) such as where to cut jobs, potential sale of certain business units to increase its stock price.

One of the people familiar with the discussion said, Peltz “spoke specifically about how an activist might look at GE, and what management might do to meet those demands.”

General Electric Company (NYSE:GE) calls such meetings with top market executives such as Peltz as “leadership meetings,” which are conducted from time to time.

General Electric Company (NYSE:GE) previously announced its intention to exit from its GE Capital Retail Finance business, and the planned IPO is the first stage of the exit. The company aims to complete its exit through a split-off transaction in 2015. The company said, “GE may also decide to exit by selling or otherwise distributing or disposing of all or a portion of its remaining interest in the business.” 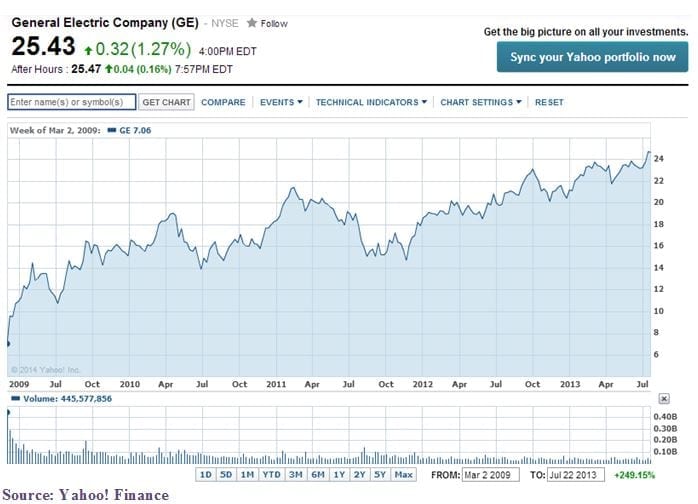 Investors monitoring the GE’s stock price noted that its current trading price is still significantly below its peak price of around $60 a share in 2000 during the tenure of former CEO Jack Welch.

For people who want to know how much risk is associated investing in the shares of General Electric Company (NYSE:GE). The easiest way is to visit Smartstops.net, an equity risk management firm, which shows that GE stock is current at an elevated risk level. 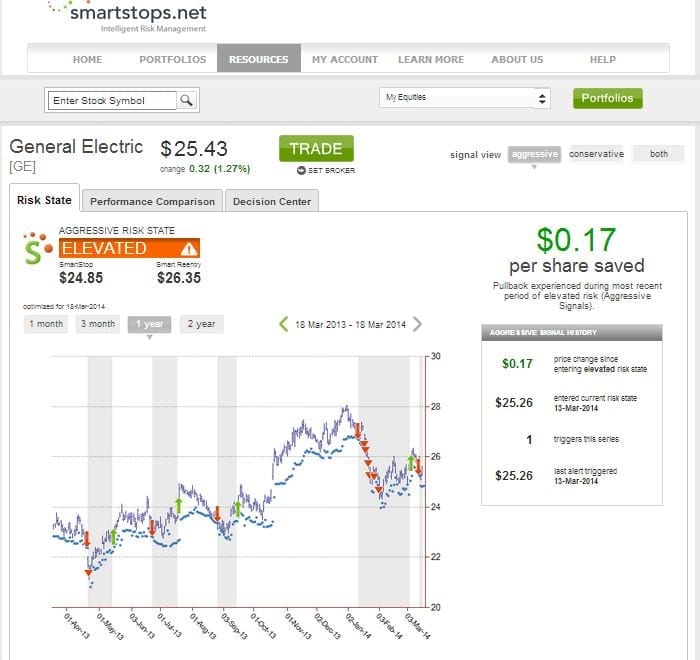 The firm has a team of market technicians expert in exit strategies and its risk management algorithms are product of more than 40 years of research and analysis designed to calculate an expected normal trading range of a certain equity for every trading day and identify price points outside its expected trading range.