Gangsta originally appeared as a manga series written and illustrated by Kohske in 2011. Then in 2015, it was adapted into an anime series with the same title, which was developed by studio “Manglobe.” The anime adaptation debuted on Asahi Network, but soon afterward it was available on other Japanese channels, as well, such as TV Aichi and BS11. Shinichi Inotsume is the author of the original script the series is based on, Shuko Murase directed this one, while Tsutchie was in charge of the music.

The story of Gangsta is set in Ergastulum, a town which is depicted as a place ruled by corrupt cops, thieves, and mafia. There are four main Clans which control the city, among which the so-called “Twilight” is the most powerful one because its members possess supernatural strength and speed.

As you may expect, there are, of course, those who fight these “bad guys,” too. The series actually focuses on two such characters, Nick and Worick, or the “Handymen.” The two of them remain unbeatable for quite some time, but then they are asked to face the most respectable mafia clan. This turns out to be more complicated than expected.

The Season 2 release date has not been announced yet. Since the anime was Manglobe’s final project (the studio succumbed to bankruptcy right after delivering the series), some people assume that this means the show won’t be renewed for the second season. However, we should also bear in mind that the manga has not been completed yet, so the chances are the anime will be continued, as well. Let’s hope another studio will pick up “Gangsta” and start working on its renewal. 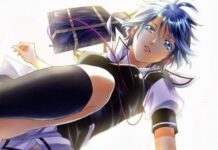 Fuuka – Should we expect Season 2? 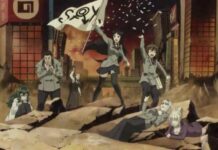