Game of Silence is a TV Show that premiered on April 12, 2016, and it is based on the Turkish drama series that follows five friends whose secret has reemerged after 25 years. The show aired on NBC with Pinar Bulut as the creator and Carol Mendelsohn, Julie Weitz and David Hudgins as executive producers.

After the first season, the Game of Silence received mixed reviews, and according to Rotten Tomatoes, the drama received 5.9 out of 10 and a 41% approval rating based on 22 critic reviews whereas the fans rated this series at 3.7 out of 5 and gave it 66% approval rating. The similar numbers are on Metacritic, where this show has scored 58 out of 100 from 21 reviews from the critics and 5.9 out of 10 based on 12 user ratings. We also need to mention IMDB where the series has the highest score of 7.3 out of 10 based on 166 user votes and 2 critic reviews. Niels Arden Oplev directed the pilot episode which was watched by 6.41 million viewers.

The story follows Jackson Brooks, who has a good career as an attorney, but after seeing his childhood friends, his life has immediately gone for the worse. All of them have kept a secret for 25 years, and it can ruin Jackson’s life. When they were kids, they grew up in the small town of Dalton, Texas, but what happened back then was going to haunt them for the rest of their lives. And now, that nightmare has become a reality. The series is based on the true story of children who eventually spent nine years in prison.

Unfortunately, NBC canceled the Game of Silence because of the low rating. Although the pilot episode was seen by 6.41 million viewers, only 3.26 million watched the fifth episode, which was a significant drop. There is no chance whatsoever that Season 2 is going to be filmed. 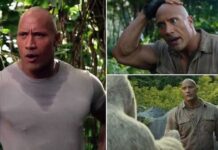 Dwayne Johnson Looks The Same In Every Movie 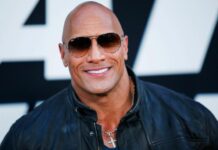 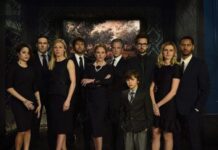