This is not what everybody thought that it’s going to happen when Luke Gallows and Karl Anderson have come to the WWE. They were two dominant heels in New Japan Pro Wrestling as they were a part of the Bullet Club, one of the most popular factions in the past couple of years in the world of wrestling.

Now, almost a year after they made their debut, they will be entering WWE’s biggest show of the year as the tag champions. But, they will also come as the worst tag team title holders ever and will be dropping the belt to Enzo and Cass most likely. Why? Here is why.

They have been made to look stupid and weak before they won the tag team gold. Roman Reigns almost buried them by himself even before they become the champs. Gallows and Anderson should have been dominant from the moment they stepped in the WWE ring like Samoa Joe is now. Instead of that, they made them lose to teams that they should be beating fairly easily.

What are they doing in comedy matches like that Halloween match with Enzo? That is not going to do them any favors. They need to be serious and look like a legit threat to everybody on the roster. But, now they are a joke.

They won the gold because there wasn’t anybody else on the roster who is going to take the titles of from Cesaro and Sheamus. Then, Roman Reigns again survived two-on-one situations against them. Now, they lost on Monday Night Raw pretty quickly as champions. Their reign didn’t do anything. They look even weaker than before they took the tag team gold. Now, they are going to drop the titles at Mania. With all this, the future is not bright for these two. 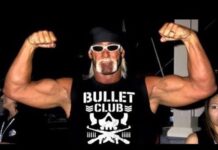 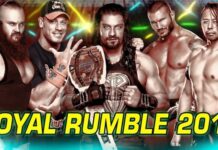