Despite how peculiar the concept may appear, undersea data centers have introduced something innovative in cloud computing and data management. Cloud computing is an imperative aspect for every software solutions provider. Additionally, there has been a significant rise in the demand for cloud computing. Some astounding statistics support the surging use of technology, and the figures clarify that cloud computing is not a fad but a technology that will allow many revolutionizing discoveries.

Sean James working at Microsoft, published a thorough research paper that highlighted the undersea journey. Considering that he had served in the military for three years, James knew some advanced electronic deployment underwater. He observed data centers on the ground and noticed certain maintenance issues because of various factors. Microsoft pursued the idea for one year after the article was published; however, it was only an experiment. During that time, it was quite unjustified and speculative.

The first stage of the Natrick project focused on deploying a subsea submarine, and it was ten by 7 feet in size with a weight of around 38000 pounds. The submarine remained on the job for three months. Moreover, the information derived from the recovery procedure highlighted the possibility of phase 2 on a bigger scale. Eventually, the goal was to examine the viability of the option. In the project’s first phase, the success of Natrick was an indication that Microsoft would move to the second phase.

This time, the stakes were higher, considering the length of the mission. The company chose Orkney, Scotland, with 864 servers and 12 racks to build the full-fledged data centre.

The location site set the tone for something big to come. It is a popular site for renewable energy research. The tidal waves and currents come at nine-mile-per-hours and hit 10-60 feet in height. This makes it an intriguing place to assess the economic viability of data centers that run on a grid system.

Why is there a necessity for an undersea data center solution? There are several justifications for the same that include:

1. Lack of Space on the Ground

The world is running out of land. The population is growing and the need for more space to live, work and play is becoming increasingly pressing. There isn’t enough room on land to accommodate all the needed data centres. We can free up valuable real estate on land for other uses by locating data centres underwater. In addition, many coastal areas are subject to flooding, which could damage terrestrial data centers.

An undersea data center would be less susceptible to the damage caused by flooding and provide a solution for land scarcity and population growth. An advantage of an underwater data center is that it could help other uses, such as housing or recreation. It might also be more protected from flood damage than a terrestrial data center.

Also, there isn’t enough room on earth to house all the necessary servers needed in our industry. The future of cloud computing will likely include many different types of solutions designed to meet specific needs according to geographic location and environmental conditions.

The volume of people in underwater data centers will serve as one of the important reasons that conglomerates like Google and Amazon consider the phenomenon. There has been an increase in the population residing within a 120-mile radius of coats in the last couple of decades. And it is believed that the trend will continue to flourish. If this is the situation, small segments of data centers under the sea for higher data flow and low costs will be a profitable proposition.

As far as Google is concerned, it has already installed a data center at the bottom of the Atlantic Ocean. That’s not all; its second instalment – codenamed Project Natick – was also dropped off in waters between the US and UK. The objective was to make an underwater cloud storage facility free from natural disasters like earthquakes and hurricanes. It can store around five million hard drives with petabytes (PB) of total capacity on board.

Project Natick will enable users to access content within milliseconds during emergencies since it doesn’t require any submarine cables or landlines for connectivity purposes; only undersea fibre optic cables are used for transmitting signals back and forth.

3. Improved Effectiveness Because of Fewer Failures

Data centers, such as STL Tech, can make data transmission more effective. This is another case that makes undersea data centers more practical in the future. The efficiency extended to the forefront cannot be overlooked—for instance, corrosion due to technical and oxygen failure caused by human-associated plague-based data centers.

Selecting beaches requires using a water pool with high salt content, and the vessel’s design allows it to tolerate a high concentration of salt. Moreover, ocean water is at high risk of corrosion. And this might be a challenge in the development of underground data centers. Another option was to use freshwater sources, but it meant being restricted to smaller water bodies, artificial or pure water. In any case, the cost of deployment would be substantial.

Additionally, excessive freshwater use would cause clean water deficiency in other necessary areas like agriculture. Due to the latest technological breakthroughs, freshwater sources are minimized or eliminated. With this added benefit, cloud computing companies can reach out to more customers who depend on clean water supply for their daily needs. This has created a new market that will bring about better awareness and efficient usage of our natural resources.

Eventually, it is important to consider a comprehensive picture of the undersea data center. Microsoft envisions becoming a carbon-negative organization by 2030, and this mission has been one of the key motivators for considering underseas. And it plans to do the same by developing cloud infrastructure with a long-term vision. 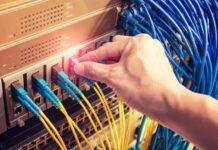 How Can a Gigabit Wireless Broadband Benefit You? 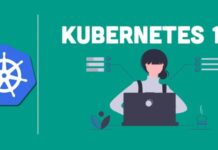