If you are planning a funeral service for a United States military member (Army, Navy, Air Force, Marine Corps, and Coast Guard), you have many options for holding a special commemorative event that honors the service and sacrifice of the Armed Forces veteran.

There are traditional funeral protocols you can follow for a United States military funeral and there are unique ways to make a celebratory gathering memorable. Families of deceased U.S. military members can decide exactly how they want to remember their military members who have passed.

This guide on “How to Plan a United States Military Funeral” offers assistance for navigating all of your options including verifying eligibility for a U.S. military funeral, choosing a burial place, and buying a casket or coffin online.

How Do I Know if I Can Plan a United States Military Funeral?

Before you start planning a funeral for a U.S. military member, you need to confirm the eligibility of the person who has passed. Check with The United States Department of Veteran Affairs (VA) to see if your loved one qualifies for military death benefits (they should if they had an Active Duty status or were in the Selected Reserve – they may also qualify if they completed at least one enlistment or required service term).

Any member of the U.S. military also qualifies for a military funeral if they were discharged because of injury or disability, or if they left service for any reason other than a dishonorable discharge. Use form DD 214 to verify the military record of a service person.

Where Can United States Military Members Be Buried?

United States military members who you have identified as qualified (using form DD 214) may be buried in a national or state veteran cemetery. The VA offers a comprehensive list of national cemeteries (there are 136 national cemeteries throughout 40 states as well as 33 soldier’s lots). State cemeteries may have special requirements for burial, such as being a resident of that state.

Families of deceased military members can choose to have their veteran buried in a VA or state cemetery, and the following services are provided free of cost:

If you decide to cremate your loved one, you also qualify for the benefits listed above.

In many instances, the surviving spouse may receive a Burial Allowance from the VA to help with funeral expenses. When it comes time to choose your casket or coffin (or cremation casket or coffin), you have many options.

According to the Funeral Rule, a funeral home or funeral provider can charge a basic services fee for their services, but they cannot add on any other items to your bill without your approval.

When thinking about where you want to hold your loved one’s military funeral, keep in mind that you don’t have to have it in a national or state cemetery. You can have your end-of-life celebration at a private cemetery. But, if you opt for a private cemetery, you may not receive the veteran’s benefits that the VA offers.

What Exactly is a U.S. Military Funeral?

One of the most common and notable Military Funeral Honors is the Honor Guard detail, a special event that consists of two or more members of the U.S. Armed Forces (one who will always be from the same branch of service as the deceased). The Honor Guard will likely perform a three-volley ceremonial salute involving the firing of blank rifle cartridges in the air.

Additionally, a U.S. military funeral will include the playing of “Taps” and the draping of the casket with the United States flag. After playing the “Taps” hymn, a member of the departed’s military branch will fold the flag into a triangle shape and hand it to military member’s spouse (or next of kin).

The best way to start planning a United States military funeral is to verify your loved one’s qualifications for the commemorative service and then to choose a place of burial. Next, you will attend to details of the funeral like seeking a Burial Allowance, planning the ceremony including the Honor Guard, buying a casket or coffin, choosing flowers, and adding any special end-of-life remembrances. 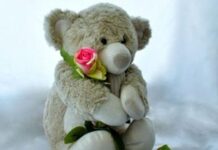 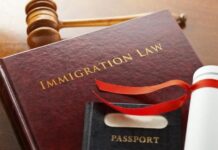 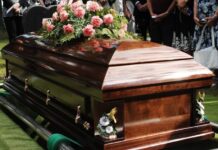 10 Things That Change After the Death of a Parent