The good cause of charities is often hampered by a lack of possible events that we come up with. This is doubly true for smaller charities because they don’t have as many funds available to them. The way to circumvent such issues is by finding ideas that can be put into practice without much investment. We’ve prepared some engaging events specifically for such charities.

These events are all easy to set up as they either include attendees bringing the equipment over or don’t require as much equipment from your end. Keep in mind that each of these will still require a location to be held in so plan accordingly, as optimal events to hold may depend on your location.

The simplest and most popular of all food fundraising events is a bake sale. Everybody likes delicious pastry, making this a go-to for those charities aiming to attract as many people as possible. Make sure to prepare a variety of treats for your guests to try out while also engaging them with related contests.

Having them vote on the best pastry present is a great way to make the event even more memorable. Keep the donation boxes on every table to allow guests to give out their donations quicker, without having to look for a donation box.

Staying on the topic of food, we have cooking competitions. Everybody saw at least one episode of the various popular cooking TV shows and it’s guaranteed a number of those people would love to appear in such competitions. The contestant spots should fill out quickly, especially if you already held some events.

This type of event allows people who usually only attend these events to engage as well. The competition itself should have certain requirements set up. You could base it around a single ingredient, restrict the methods of preparation, or limit it to a specific dish type. The one thing that’ll make sure everybody is having a good time is avoiding ingredients that are most common in terms of allergies, peanuts being a good example.

As far as judging the competition, you can either base it around all the attendees or have judges already picked out. The structure is something you can play with yourself but the real fun comes from the innate mood competitions set.

If you have the opportunity to do so, contacting a fundraising organization to maximize the profits. An example of such an organization is VacationFundraising which will help you improve the fundraising capabilities while offering great vacations as a reward. No matter the prize, there’ll be a sense of tension present for both attendees and chefs which is sure to make the whole experience memorable.

Humor is always a good thing. Implementing it into your charity’s list of events can do wonders. The whole event can easily engage the audience while bringing in some guaranteed fun. Even if the acts are bad it offers a form of humor as well, bad comedy can be as entertaining as a good one. The comedy night is extremely easy to set up as well. All you need are places for people to sit and a scene of some sort.

Microphones may be required if you are planning to do an event in a bigger location but for smaller ones, the voice of the comics should do. The event can be further improved by adding a tinge of competitiveness to it. To do this, encourage the public to vote for the best comics of the night.

If you or some of the other members of the charity know a lot about board games it’s fruitful to organize a game night. These events are fun for people of any age as everybody enjoys some good old-fashioned tabletop fun. You can diversify the game night by including both simple and well-known games such as UNO along with lesser-known but equally engaging ones. It’s also fun to implement a theme to game night if you are planning on holding multiple ones.

One game night could be exclusively card games while the next is mystery games. There are so many possible options to keep it fresh and engaging. As for the donation part, you can have a low entrance fee with added donation boxes inside. A fun game night means a lot of returning attendees who will be willing to try out a variety of games.

While we are on the subject of entertainment, movie nights may be the best way to get people to come. Engaging flicks are guaranteed to leave everybody satisfied while organizing a good repertoire isn’t too hard.

The best way to go about it is to poll people who are already attending your events to comment on their preferred genres and then pick from some of the highest-scoring ones. Running classics is usually a safe bet but lesser-known movies are no less engaging. Setting up the actual projection doesn’t take much effort overall.

The screen can be easily replicated with a lot of cheap and accessible items or simply purchased if you have the funds for a legitimate one. The simpler projectors will do for these events and they shouldn’t be too expensive either. The best part about these items is that they can be used for multiple other events and educational purposes. You should get some easy donations through entrance fees. Considering how expensive it is to go to the cinema people will gladly pay less to watch a fun flick and support a good cause.

Time to get some exercise done while accomplishing your charity’s goal. Sports tournaments are a great way to keep everybody active. The tension the sports bring with them will keep your attendees pumped no matter the result of the match. These tournaments can run for multiple days if you have available space and good organization, which can offer more chances for people to give their donations. Keep in mind that the tournament doesn’t have to be very big in the number of teams or even number of players.

Settling for a three-on-three basketball tournament can be just as fun as having a full basketball team on both sides. Don’t forget to get yourself some judges and medics!

Despite being a fundraising event first and tournament second it should have proper rules implemented and emergency care available. The prizes should also be rather simple to reinforce the focus on having fun rather than winning. 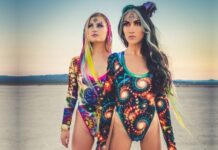 The 9 Best Rave Costumes And Outfits For 2021 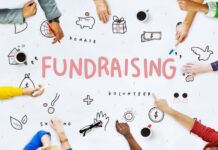